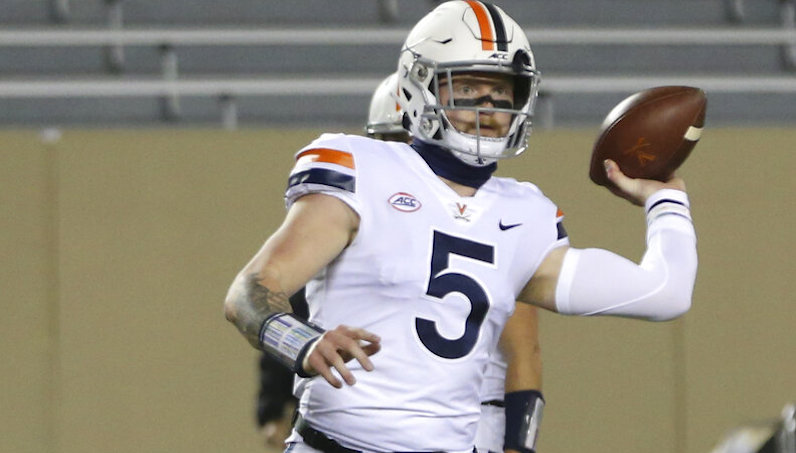 The second weekend of the season proved to be another uneasy affair for several ACC programs, although some matchups vs. smaller schools worked as get-right games for other teams. There are some intriguing games on the docket for Week 3. Before we dive fully into those games, though, let’s look back at last Friday and Saturday.

If you missed this week’s ACC Power Rankings, make sure to check those out: link.

Slowly but surely, Pickett continues to etch his name as one of the more impressive passers in recent Pitt history. If the first two games are any indication, the 2021 version is the best so far, too.

During a 41-34 victory, Pickett made it look easy on the road as the Panthers carved up Tennessee’s defense. Pickett completed 24-of-36 pass attempts for 285 yards (7.92 yards per attempt) and two touchdowns. Pickett got it done on the ground, too, rushing for a second-half touchdown.

Kenny Pickett is the greatest quarterback of all time, pretty sure no one disagrees with this

It’s early in the season, but Pickett leads the ACC in ESPN’s total QBR metric. With 73 pass attempts to his name, he’s yet to throw an interception, while averaging 7.6 yards per attempt.

Armstrong, dating back to late last season, continues to dial up strong performances. For years, the quarterback position was a wobbly affair for Virginia football. Under Bronco Mendenhall, however, that notion has changed.

From Kurt Benkert to the scintillating Bryce Perkins now to Armstrong: this has become a position of strength.

It's past time to take notice of Brennan Armstrong. In his last seven games…

The preseason All-ACC wide receiver found the end-zone for the sixth consecutive game vs. Norfolk State. He did so by grabbing a 64-yard deep ball from Sam Hartman on the Deacs’ way to a 41-16 win and a 2-0 start.

That's SIX games in a row with a touchdown for Jaquarii Roberson, as the Deacs strike big on the first play of the 2nd half.

Stat of the Week

According to ESPN’s win probability calculator, Florida State had a 98.6 percent chance of defeating Jacksonville State just before the ball was snapped on the final play. Of course, by now everyone knows what happened next. Long story short: FSU lost and some cheerleaders became incredulous.

Take it away, Wes Durham.

Two more stats from FSU’s stunning loss. First, the Gamecocks’ improbable, last-second touchdown clinched the Seminoles’ first-ever loss to an FCS program after winning 26 in a row against the lesser football subdivision.

Second: while the FSU secondary is receiving the bulk of the blame for the loss, the offensive line has struggled substantially on the other side of the ball. Through two games, FSU quarterbacks have been hit on 58.3 percent of their drop-backs, which is the third-highest rate in the country.

For the 2021 season, we’ll use the Scoville Scale — which measures the pungency/spiciness of peppers — as a means to signify how hot the seats are for certain ACC head football coaches. (SHU: Scoville Heat Units)

Pitt went to Tennessee and won yesterday. TN may be worst than MSU. WHO CARES

State is in a better spot program wise than Pitt. State hasn't lost to Pitt in ACC play.

Yet Pitt found a way to go on road to SEC stadium, play loose, absorb tough moments and win.

No. 15 Virginia Tech at West Virginia

Georgia Tech at No. 6 Clemson

Virginia at No. 21 North Carolina