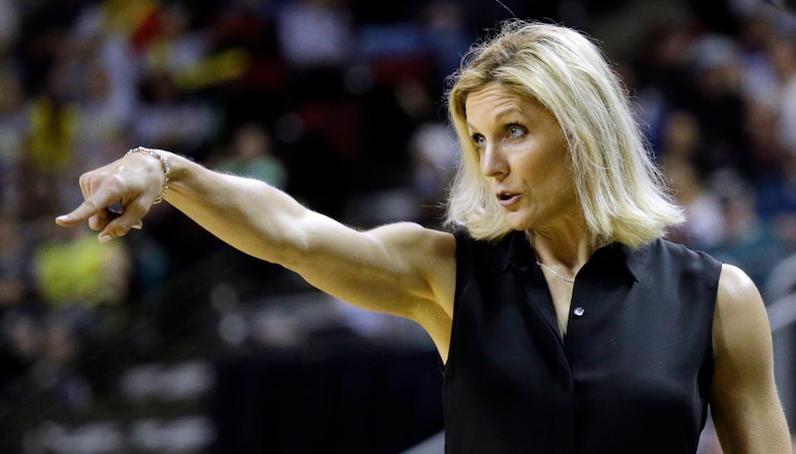 A standout for Virginia basketball in the 1990s, Jenny Boucek will join the coaching staff of another former Cavalier: Rick Carlisle. The Dallas Mavericks have hired Boucek to the team’s basketball staff and special projects.

The Mavs have hired Jenny Boucek as assistant to the team’s basketball staff and special projects.​ "I consider her one of the brightest minds in our game and welcome her to Dallas," Coach Carlisle said. Welcome to the staff, @jboucek!

After scoring 1,003 career points while in Charlottesville (1992-96), and helping guide UVA to three Elite Eight appearances, Boucek spent most of the next two decades as a coach in the WNBA. In October 2017, Boucek was hired by the Sacramento Kings as an assistant player development coach.

Boucek is one of three women on an NBA coaching staff — along with Becky Hammon in San Antonio and Nancy Liberman with Sacramento.

In Dallas, she will join a staff led by one of the best minds in the basketball universe — Carlisle, who played for Virginia from 1981 to 1984. Carlisle was a captain on the 1983-84 Final Four team, coached by Terry Holland. As an NBA head coach, Carlisle has won 718 games, and coached the Mavericks to the 2011 NBA title.

The Mavericks have a fun roster — including former Tobacco Road stars Harrison Barnes and Dennis Smith Jr. — with slight playoff potential in 2019, too.