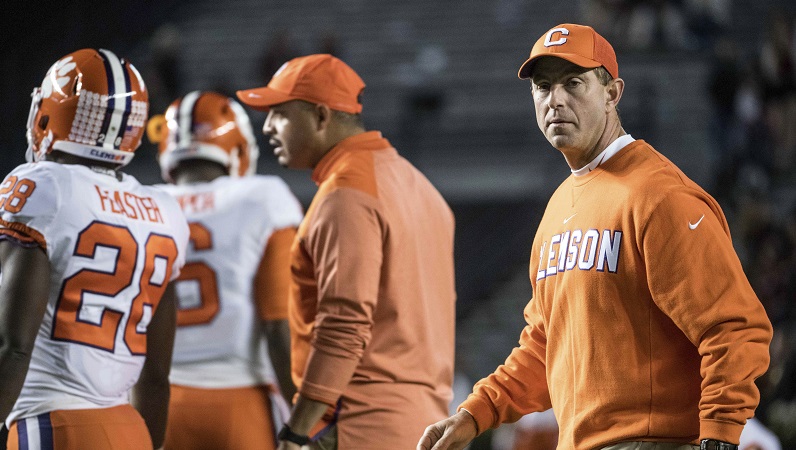 The new early signing period for Division I college football begins on Wednesday, Dec. 20, running through Friday, Dec. 22. How will the new change impact the way ACC coaches recruit, and how will it affect the players involved?

For decades, college football fans and participants have been used to one major National Signing Day in early February. With few exceptions, only mid-year enrollees and some post-grad and JUCO transfers could sign in December. But with the new rules allowing all prospects to sign before the end of the calendar year, there will now be two major days – the first day of the December signing period, and the first day of the February signing period.

College and high school coaches largely support the December early signing period. It will allow the college coaches more time and resources to recruit uncommitted prospects in the weeks leading up to the February signing period. Almost all of the players who made early decisions, and know where they want to go, can now complete the process before Christmas.

The new early signing period creates a ‘rubber meets the road’ situation as far as assessing the solidity of individual players’ commitments. We won’t know for a few weeks just how many prospects decide to take advantage of the early signing period. But it could be as much as three-quarters of the overall signing classes, if not more. Early indications around the ACC are that commitments are lining up to officially sign with their chosen schools on Wednesday, Dec. 20.

How this helps coaches in recruiting

The December period does give coaches some additional leverage on the recruiting trail. If a prospect without academic qualifying issues doesn’t sign between Dec. 20-22, then they can’t truly consider themselves committed to a school. And therefore, the school can’t guarantee a spot will be available the first Wednesday in February.

College coaches, hopeful to get as much as 80 percent of their classes to sign in December, can make earlier in-home visits with firm commitments in November and early December instead of late January. In the critical final days of the recruiting cycle, coaches will be freed up to make those highly-significant visits with targets who haven’t yet made up their minds. For highly sought-after prospects with multiple scholarship offers and no desire to sign in December, little is going to change. Schools will accept their letter of intent in February just as they would in December.

But for the most part, the December early signing period is going to fundamentally change football recruiting around the country.

For those players with only a couple major offers, or maybe one ACC offer, there will be pressure to sign in December. In turn, smaller schools will work overtime to their commitments to sign in December so they won’t get plucked away in January or early February by bigger programs. The new process will make coaching transitions even more intriguing, as new coaching staffs will be forced to make snap decisions regarding commitments and prospects over the two signing periods.

The new process will reveal cases where academics are involved. If a heavily-recruited prospect who is solidly committed to a school and isn’t taking official visits elsewhere doesn’t sign in December, there’s a strong possibility the school is waiting for a qualifying test score. Other situations could develop, such as schools asking prospects at certain positions to wait until February to sign in order to see how the chips fall with uncommitted targets. In turn, those prospects will have to decide if they want to wait until February to sign with one school, or take an opportunity to sign in December with another school.