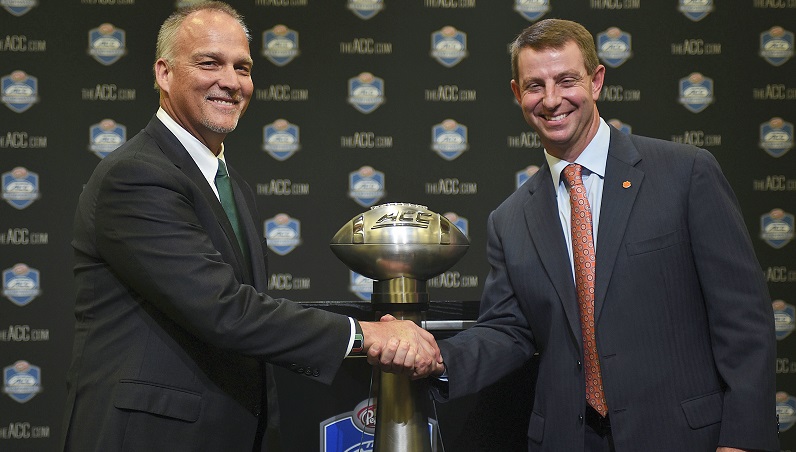 What are the salaries and contract expiration details for the various current head coaches around the ACC? Take an inside look at the numbers surrounding the league’s coaches, and what it will take for various schools to buy out their current deals.

All salary figures are provided via a report from USA Today with detailed head coaching numbers across college football.

School pay includes a $1 million signing bonus, and $1 million to be used for payments into a life insurance policy. He received $1.525 million in bonuses from the 2016-17 season after leading the Tigers to the national championship.

School pay includes a $50,000 bonus paid from the prior year.

CURRENT ACC HEAD COACH BUYOUTS (to be paid to the head coach by the school if terminated without cause):