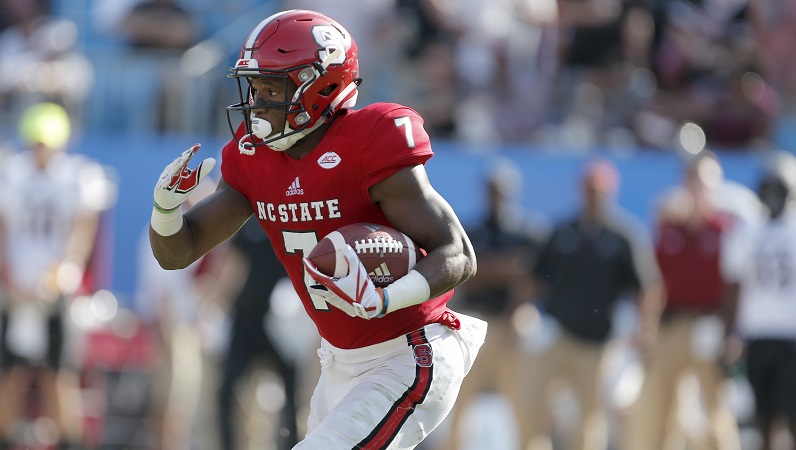 Offensively, NC State’s passing game is humming along, but the same cannot be said for the rushing attack. It is averaging just 116.5 yards per game through two contests, and in both games the running game did most of its running late in the third quarter and then the fourth.

That speaks well for NCSU’s conditioning level, but head coach Dave Doeren prides himself on having a balanced offensive attack, and NC State wants to do better than averaging 3.4 yards a carry. Neither of the two primary ball carriers — juniors Nyheim Hines (3.9 yards a run) and Reggie Gallaspy (3.5) — are breaking four yards a rush.

Perhaps NC State is missing star running back Matt Dayes, who a day after the Wolfpack’s win over Marshall was getting playing time with the Cleveland Browns in its opener against the Pittsburgh Steelers, more than it thought, but another key missing component is returning Saturday against Furman.

Junior starting right tackle Will Richardson has sat out the first two games of the season due to suspension. NC State has valuable pieces on its offensive line. Senior right guard Tony Adams was the ACC Offensive Lineman of the Week after the South Carolina game, and junior left tackle Tyler Jones graded out well enough to make Pro Football Focus’s Week Two All-ACC team. Jones was the top graded offensive lineman, according to PFF.

But, with Richardson’s absence and junior left guard Terronne Prescod returning to form from a presesason camp injury, NC State has had to give extensive snaps to a pair of redshirt freshmen in Justin Witt and Joe Sculthorpe. Collectively, Sculthorpe and Witt have allowed all three sacks attributed to the offensive line according to stats provided by NC State in its weekly game notes.

Prescod though is getting close to being able to play a full game, and he will return to left guard after getting a spot start at right tackle against Marshall with Richardson’s return. The biggest boost though is Richardson’s own potential, as offensive line coach Dwayne Ledford told The Wolfpacker over the summer.

“He’s one of the best I’ve been around,” Ledford said. “He’s a tremendous talent; he’s got great feet. He’s really, really good. I was really impressed with his spring ball. … Kid is going to have a real, real bright future, I think.”

NC State will likely post a big rushing total against Furman on Saturday. The Paladins are 0-2 after undergoing an offseason coaching change. When the Pack travels to Florida State on Sept. 23, the true impact of Richardson’s return could be felt.