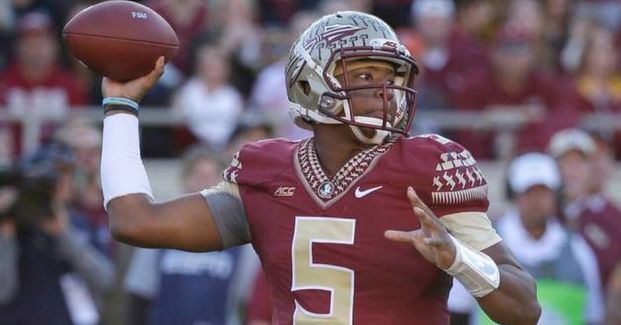 Some of the most interesting questions that can be asked in the college football recruiting game are the ‘what ifs’.

What if this player had chosen this school instead of the school he ultimately signed with?

What if this coach had recruited this player over that player?

What if this program had been better at the time, prompting a kid to go to a certain school instead of a more renowned football power?

These are questions that shape history. For the recruiting that takes place in high school is ultimately the prelude to what ultimately happens in college and beyond. Recruiting decisions alter the course of a program’s trajectory, improve or decrease a school’s image and future recruiting profile, and even affect coaching jobs.

We take a closer look at three of the biggest ACC football recruiting “what ifs” in modern times.

1. What if Georgia had more aggressively recruited Deshaun Watson?

Deshaun Watson put together a legendary career at Clemson, becoming a two-time Heisman Trophy finalist and leading the Tigers to the 2016 national championship. A big reason why the Tigers were able to land the former 5-star prep quarterback out of Gainesville, Georgia was the early recruiting attention they gave Watson. Dabo Swinney and his assistants prioritized Watson as their quarterback of the future, and let nothing stand in their way of signing him.

Back in the fall of 2012, Watson was a junior in high school. He had just led Gainesville High School to a state title on the gridiron. But he didn’t feel as though he was getting the love a player of his caliber deserved from a certain local SEC school.

UGA had shown marginal interest in Watson up until the state title season. And while the Bulldogs did come around and make a late run at Watson, offering him after his junior season, it was far too late. By that time, he was already pledged to the Tigers.

Had Mark Richt made a more aggressive early play for the in-state Watson, is it possible that he might still be at UGA? Would Bobo still be in Athens instead of taking the head coaching position at Colorado State?

Would Georgia have emerged as a perennial national championship contender with Watson – as Clemson did – motivating the powers that be in Athens to avoid making the move to bring Kirby Smart in?

The tantalizing thought of DeShaun Watson and Todd Gurley together in the same offensive backfield is one that will pain Georgia fans for years to come.

2. What if Jameis Winston had stayed in Alabama?

There were few bigger recruiting surprises in the Southeast in the class of 2012 than the news that Hueytown, Alabama 5-star quarterback Jameis Winston was leaving the Yellowhammer State.

Instead of taking his talents to Tuscaloosa or Auburn, Winston bucked the trend of top in-state talent staying in Alabama by making his way to Florida State. It was the marquee recruitment of the Jimbo Fisher era at FSU – and a big reason why he’s sitting on a pile of money today in College Station, Texas.

Auburn was facing NCAA troubles around the time Winston became a prized recruit, which stifled their ability to sign him.

Unlike the situation with Georgia and DeShaun Watson, however, Alabama very much wanted Winston from the beginning. Despite other talented quarterbacks on the roster, such as A.J. McCarron, Nick Saban aggressively pursued Winston.

But so did Florida State.

Winston saw an opportunity to carve out his own niche in Tallahassee following the departure of E.J. Manuel. Which is precisely what he did.

With Winston at the helm, FSU embarked on a 29-game winning streak from 2012 to 2014, including an undefeated national championship in 2013, an undefeated regular season in 2014, and an appearance in the first College Football Playoff.

In all, Winston went 26-1 as Florida State’s starting quarterback. Over that same period, Alabama went a combined 23-4, and lost back-to-back Sugar Bowls.

Alabama won three national titles in 2011, 2012, and 2015. Had the Crimson Tide signed Winston, it’s certainly within the realm of possibility that they could have won five consecutive NCAA titles.

3. What if UNC got Russell Wilson?

If former UNC head coach John Bunting could go back and do it all over again, he surely would have made a different choice than the fateful one he made back in the summer of 2006. Even if he hadn’t gotten to coach Russell Wilson – Bunting was fired later that fall – he could have brought his alma mater a guy who would turn out to be one of the top ACC quarterbacks of his time.

In June of 2006, a thin rising senior quarterback from Richmond made his way to Chapel Hill for summer camp.

But Bunting, having already committed to Mike Paulus, decided not to offer young Russell Wilson.

It was a noble move on Bunting’s behalf to show loyalty to Paulus. But it cost UNC a chance at adding a program-defining player.

Later that week, Wilson went to Raleigh for camp, received an offer from NC State’s Chuck Amato, and the rest is history.

Wilson got his revenge on UNC for not offering him a scholarship, beating them three straight times from 2007 to 2009. He’s since gone on to become a Super Bowl-winning quarterback for the Seattle Seahawks. Paulus made one start for UNC before eventually transferring to William and Mary.

Butch Davis would have been the beneficiary of Russell’s successful recruitment to UNC. And while Davis and offensive coordinator John Shoop developed T.J. Yates into an NFL quarterback, things could have been a lot different with Russell at the helm.

Davis may not have gone winless against the Wolfpack, for example.

UNC would have been forced to eventually vacate some of those wins against NCSU. But the Tar Heel fanbase would have preferred that scenario over what ultimately happened on the field.

Wolfpack fans cherish not only the Russell Wilson era, but the three victories he gave them over the Tar Heels that will forever remain in the record books.