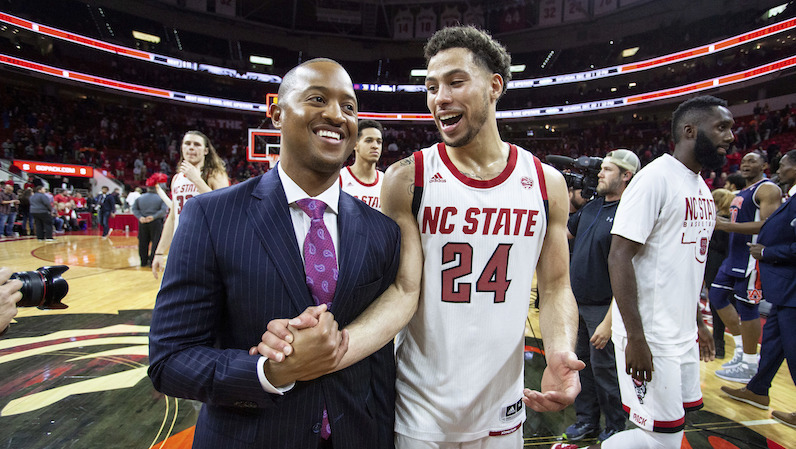 NC State basketball has confirmed what no one wanted to hear: senior guard Devon Daniels suffered a torn ACL (left knee) during last night’s win over Wake Forest. Daniels, who leads NC State in scoring at 16.5 points per game, will miss the remainder of the season.

Not the news we wanted, but we know this is just a temporary setback for Devon.

Nothing is going to hold @doubleD_2106 back. pic.twitter.com/PFUqXPsQCR

During the second half of the Wake Forest game, Daniels drove to the hoop — as he has hundreds if not thousands of times in an NC State uniform — and suffered a non-contact injury. The injury didn’t look good at the time, and today’s release confirms the worst suspicions.

A transfer from Utah, Daniels committed to NC State mere months after Kevin Keatts accepted the job in Raleigh. Following a redshirt season (2017-18), Daniels took to the floor and quickly emerged as a two-way force for the Wolfpack.

During his career at NC State, Daniels amassed 938 points, 387 rebounds, 164 assists and 105 steals. Including his one season with Utah, Daniels scored 1,224 points over four college seasons.

Devon Daniels: so good this season

Manny Bates, Justin Champagnie among the top sophomores in the ACC