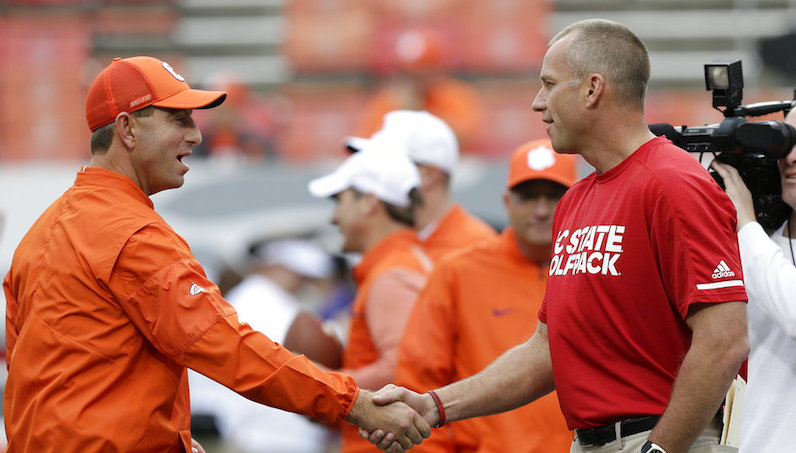 After a midweek standoff that involved contract negotiations becoming public, Dave Doeren decided to turn down the job at Tennessee, and remain at NC State.

According to reports, Dave Doeren will receive a new five-year contract that will be worth at least $15 million.

David Glenn explains why the Tennessee isn’t quite the opportunity it used to be — despite the salary boost. DG weighs to pros and cons of NC State vs. Tennessee.