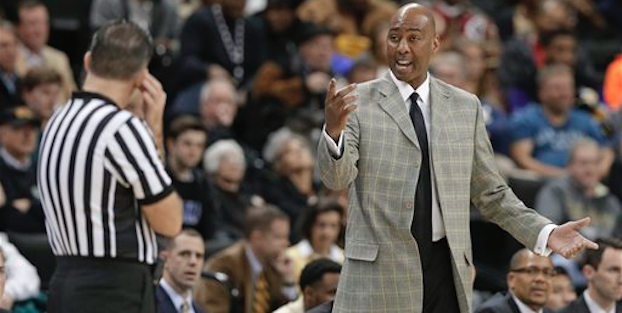 Danny Manning is looking to tap into talent in the 2018 and 2019 recruiting classes. (AP Photo)

The first two years of the Danny Manning era haven’t been the smoothest in Winston-Salem; Wake Forest has won just 24 total games the last two seasons. However, as Manning enters his third season at the helm, he feels a sense of optimism toward his program, which he expressed to The David Glenn Show during a recent visit.

“We feel really excited about moving forward. Eight of the 13 guys are freshmen or sophomores. We’re excited about where we’re at and where we’re going, and we’re looking forward to this year. Skill-wise, we feel our team has really improved with the young people we’ve brought in. Their skill set is something we were looking for the last couple of years.”