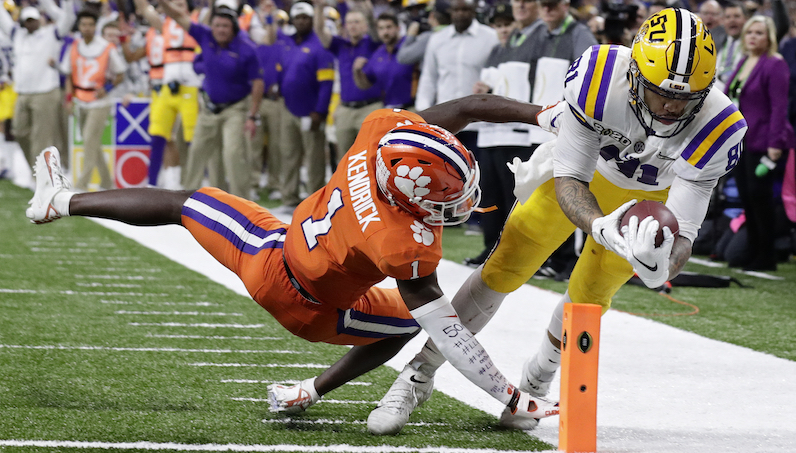 In the wake of winter and spring sports being uprooted due to COVID-19, much of the focus has centered on college athletics that were set to take place over the next 2-3 months. That’s understandable, of course; however, to completely look past fall sports as being at risk, too, seems optimistic.

Spoke with an AD today who is going to have his staff start modeling out what it means to the dept to have:
10-game football season
Losing 1 home game
Losing 2 home games
No fans all season
No fans through Oct.

Along with other less optimistic scenarios.

Football is obviously a significant driver of revenue for college athletics, though there are plenty of other socioeconomic factors at play here, too.

With that in mind, there are plenty of scenarios that could play out. There’s so much that’s outside the hands of college athletics; the NCAA can only control its own little universe. It’s important to remember: all of this is fluid. However, some possible solutions could have the season looking far different than what we’re accustomed to seeing.

I have heard about multiple models of the season being tossed around that would start after New Years in a “break glass” scenario. As I wrote in my piece today, that revenue is not going to be given up easily. https://t.co/eeKkBhkO9D

Let’s assume the season starts on schedule — or approaches something close to its early September launch. Demand to watch the sport on television will be extraordinary, which is saying something. But some patrons could also be wary of attending football games in person, surrounded by tens of thousands of people.

As of right now, we’re still less than two weeks into a temporary dead period placed on recruiting. Although there’s still plenty of recruiting going on; for instance, UNC landed a commitment from 4-star 2021 athlete DeAndre Boykins last week. (According to a report from 247 Sports, coaches at one university were notified that on-campus and off-campus recruiting visits/contacts have been prohibited until April 15.)

As far as winter sports goes, athletes are unlikely to be granted an extra year of eligibility. Those who play spring sports, with their seasons close to their onset, will likely receive an extra year. An official vote for those two items is set for next Monday, March 30, though.