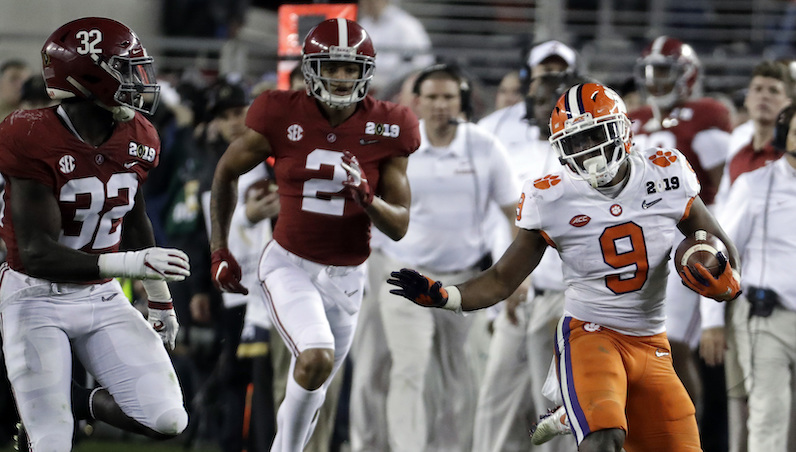 It’s Week Zero of the college football season, which means it’s also time for the first AP Top 25 poll. At the top of the list is Clemson, the reigning national champions of college call. Rounding out the top five: Alabama, Georgia, Oklahoma and Ohio State.

Only one other ACC team, Syracuse, landed inside the poll at No. 22.

BREAKING: Clemson ranked No. 1 in preseason AP Top 25 for first time; Alabama, Georgia, Oklahoma, Ohio State round out the top five in the poll, presented by @askRegions: https://t.co/DWCBw9xytP pic.twitter.com/vwevmx9hfy

Ross, Higgins lead the top WR group in the nation