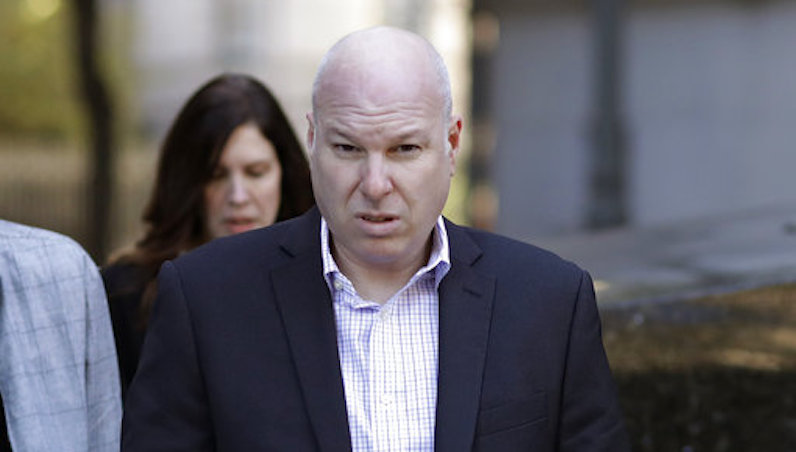 Former Adidas executive James Gatto arrives at federal court, Thursday, Oct. 18, 2018, in New York. Gatto and two co-defendants have pleaded not guilty to charges that they committed fraud by plying families of NCAA college basketball prospects with cash so the prospects would attend colleges sponsored by Adidas. (AP Photo/Mark Lennihan)

After two weeks inside of a federal courthouse in Manhattan, a verdict was reached in the initial trial into corruption in college basketball. All three of the defendants — James Gatto, Christian Dawkins and Merl Code — have been found guilty on all counts.

Breaking: all three defendants in the college basketball corruption trial have been found guilty of conspiracy to commit wire fraud. James Gatto in all three of his counts, Christian Dawkins and Merl Code on both of theirs.

Next up: Sentencing for Gatto, Code and Dawkins has been set for March 5, 2019. For now, though, all three have been released on bond.

Merl Code and Merl Code Sr. Declined to offer comment walking out of the courthouse. Dawkins’ lawyer, Jim Haney, tells me they will appeal but timeline on that is undetermined.