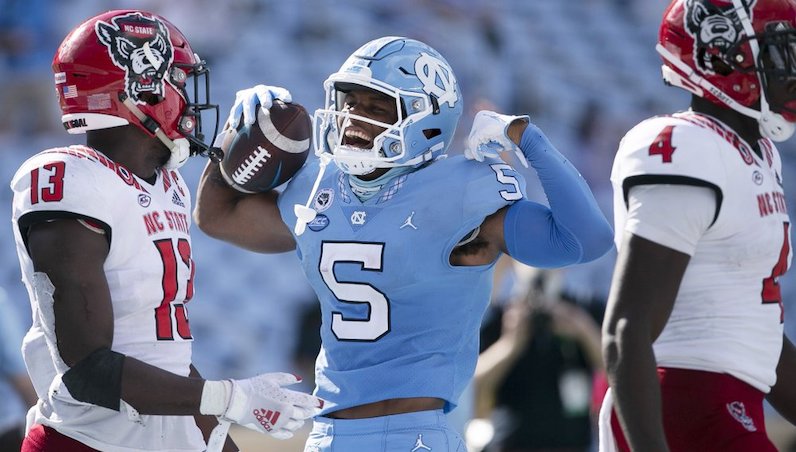 In this week’s AP Top 25 Poll, Clemson retains the No. 1 spot despite a so-so win over Syracuse. Notre Dame also remains in the top five.

North Carolina, following a 48-21 blowout win over NC State, actually drops back a spot to No. 15; the emerges of Michigan, which defeated Minnesota on Saturday, knocked the Heels down a notch.

Only four ACC teams made the AP Top 25 this week. After returning to the poll for the first time since 2018 last week, NC State received zero AP votes. Boston College is the only ACC team outside the poll that also received votes. After a loss at Wake Forest, Virginia Tech dropped from the poll, too.

Read More on ACC Teams in the AP Top 25