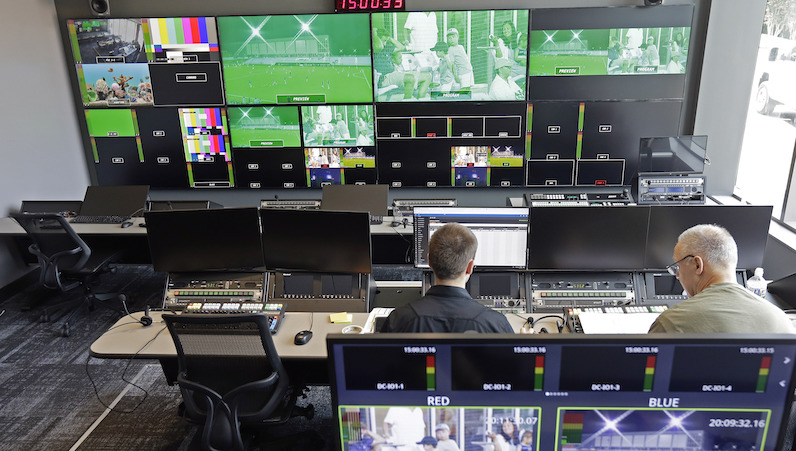 This photo taken Friday, Aug. 23, 2019, shows employees at work in the ACC Network broadcast facility at the University of North Carolina in Chapel Hill, N.C. The Atlantic Coast Conference finally has its TV channel airing hundreds of league sporting events each year thanks in no small measure to its schools. Administrations around the ACC played a critical role in getting the channel up and running, spending millions to ensure campus broadcast and production facilities were capable of handling telecasts. (AP Photo/Gerry Broome)

According to a series of tweets from veteran ACC scribe David Teel — a denizen of the 757 — the ACC Network has added another major cable partnership. ESPN has formally announced a deal with Cox Communication to add the ACC Network.

As Teel notes, Cox is a cable provider was a notable portion of the ACC’s footprint.

And it’s official as ESPN announces deal with Cox Communications.

This deal comes a few weeks after Spectrum agreed to provide the ACC Network; and less than a week after Sling TV and Dish Network agreed to deals, too.