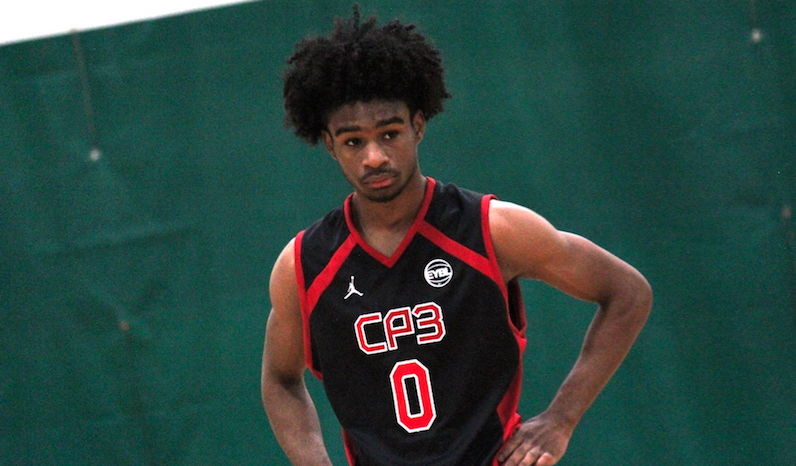 North Carolina pledge Coby White is one of the top commitments in the ACC for the 2018 cycle. (Photo: Matthew Hatfield)

Now that the first two live Evaluation Periods (April 21-23 and April 28-30) for college coaches to observe prep prospects in action has passed, it’s time for us to provide in detail our tournament and camp schedules for June and July. In chronological order, we plan to attend and carefully eyeball the high school prospects at some of the nation’s largest and best events.

First, we will fly to Los Angeles for the Pangos All-American Camp, held June 2-4 at Cerritos College in Norwalk, Calif. This camp is directed by veteran scout Dinos Trigonis, and it generally attracts many of the nation’s outstanding rising seniors (class of 2018), juniors (class of 2019) and a few sophomores (class of 2020). Although college coaches could not attend because this camp was not during an Evaluation Period, last year it still featured 11 of our top 15 senior prospects among the 120 campers and was undoubtedly one of the very best events of the year.

Next, June 13-17 we’ll be at the NBA Players Association Top 100 Camp in Charlottesville, Va. That is another prime event that college coaches cannot view but scouts such as us can watch. This is another event usually attended by at least half (50 or more) of the nation’s premier 100 rising prep seniors, plus several top junior prospects.

The final three live Evaluation Periods that coaches can (and do in very large numbers) attend are, specifically, July 12-16, 19-23 and 26-30. During these time frames, the July tournament that generally attracts the best array of talent (hence we’ll be there) is the NIKE EYBL (Elite Youth Basketball League) Finals at the Peach Jam in North Augusta, S.C., from July 12-16. Consequently, by the end of July we will have eyeballed in action more than 90 of the best 100 rising seniors, as well as many of the most promising juniors and sophomores.

Be sure to stay tuned in approximately one month for our detailed analysis and rank ordering of the players at the Pangos All-American Camp.