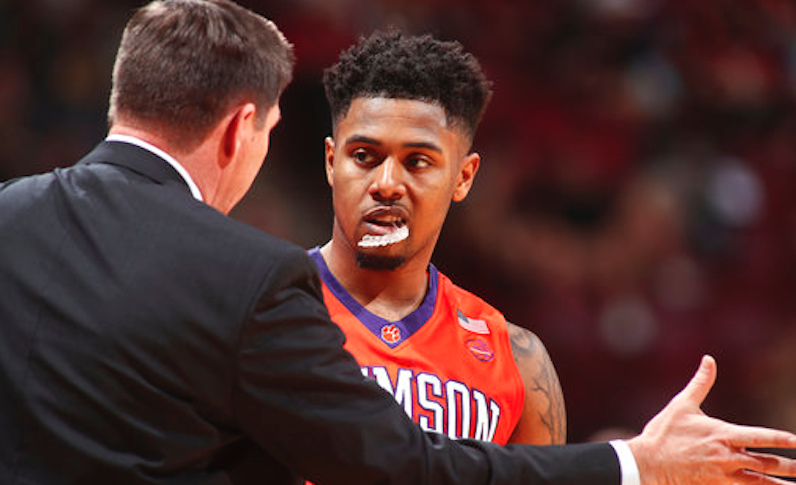 During the ACC Tournament this month, the Winston-Salem Journal ran a column asking “what if?” about Harry Giles and Wake Forest.

It’s an interesting concept: What if the Deacons had managed to land one of the nation’s top recruits in Giles, instead of watching him go to rival Duke? Although Giles struggled to get back into form after a second serious knee injury, teaming him with John Collins on the front line certainly would have helped.

But if we’re getting in the “what-if machine,” Giles might not be the first name to revisit. After all, while Giles often visited Wake and listed the Deacons as one of his finalists, he was never really a Deacon.

Instead, let’s examine three players who were once Deacon commitments.

We’ll group the first two together because their impact might have been similar.

In January 2013, Jeff Bzdelik got a verbal commitment from Shelton Mitchell. The Waxhaw, N.C., native ranked as the No. 91 player overall and the 19th-best point guard in the 2014 class in 247Sports’ composite listings. This despite the fact that Bzdelik was in the middle of his third straight losing season.

In September 2013, Bzdelik landed a commitment from Isaac Haas — No. 81 overall and the 10th-best center in the class.

But Bzdelik had worn out his welcome in Winston-Salem. Fans wanted him out, and they weren’t shy about it, using billboards and websites to promote it. Haas decommitted in November and pledged to Purdue.

If you’re following the NCAA Tournament, you’ve seen Haas help Purdue advance to the Sweet 16. While he’s only played an average of 15-20 minutes per game through his career, mainly because of his 7-2, 290-pound frame, he’s been effective. Haas averaged 7.6 PPG and 4.1 RPG as a freshman; he’s upped that to 12.6 PPG and 5.1 RPG as a junior.

Mitchell was willing to wait longer than Haas. But when Wake Forest fired Bzdelik, the school granted Mitchell a release from his letter of intent. He ended up playing his freshman year at Vanderbilt.

Mitchell didn’t make much of an impact as a freshman. Coming off a knee injury, he averaged 4.3 PPG and 3.3 APG. But you’ve likely seen Mitchell playing for Clemson, where he transferred after the 2014-15 season. He averaged 10.8 PPG and 3.6 APG for the Tigers this season, shooting 45 percent from three-point range. In three postseason games, he averaged 17.3 PPG and five APG.

So what would have happened if neither Mitchell nor Haas spurned Wake Forest?

The most likely scenario is one that Wake Forest fans will shudder to hear: Bzdelik would have kept his job.

Athletic director Ron Wellman desperately tried to prove that Bzdelik was the answer. Had Wellman been able to point to a recruiting class that included two top-100 players, he’s almost certain to have given Bzdelik another year. What that might have done to the program and its supporters is unknown. But it would have caused a number of difficult months before the 2014-15 season started.

On the court, keeping those two players in the fold would have helped the following season. In the short term, the Deacons likely would have been a better team.

But in the long term, it would have had significant impact on the program. What would Bzdelik have done with that talent and another year at the helm? Could he have won enough to overcome his problems with the fans?

In addition to being without Manning, the program wouldn’t have Mitchell Wilbekin or Dinos Mitoglou, whom Manning brought in to fill the talent gap. It also probably wouldn’t have Bryant Crawford or Doral Moore. John Collins might be playing for Miami.

The third name is much more relevant to this season.

In April 2016, Matt Williams committed to come to Wake Forest as a graduate transfer from UCF. Manning planned to team him with grad transfer Austin Arians to fill a gaping hole on the wing.

Williams had been a solid, but not special, player at UCF. It appeared that Arians was going to be the shooter and Williams would be the defensive stopper. They’d both add experience in the locker room.

But Johnny Dawkins had just taken over as the coach at UCF in late March, and he began to work on Williams. About two weeks after he said he’d come to Wake Forest, Williams opted to stay at UCF.

For Williams, the decision worked out well. UCF won 22 games and made the NIT. Williams played 36 minutes per game, nearly doubled his scoring average to 15.4 PPG and averaged 4.8 RPG. He shot 81 percent from the foul line and 38 percent on 265 three-pointers (Crawford led WFU with 156 attempts).

For Wake Forest, Williams would have made a huge difference. The Deacons could have used anyone who even pretended to play defense, especially against athletic wings. Williams’ versatility would have fit in well with Manning’s rotations.

Alas, although Williams’ bio is still available on the Wake Forest sports website, he wasn’t able to help Manning’s team.