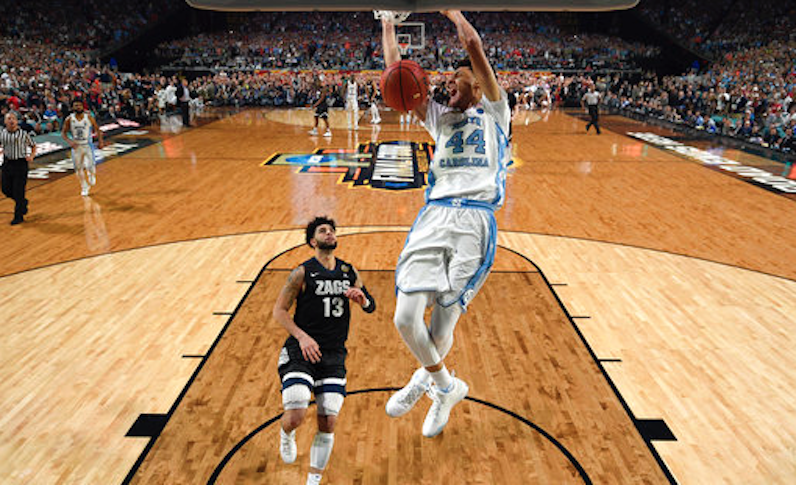 The 2016-17 academic year produced numerous memorable highlights both on the gridiron and the hardwood. With the college basketball season coming to an end on Monday and the ACC sweeping championships in football and hoops, it’s time to decide which of the top plays was the best.

Narrowing the list was difficult, but here’s our Final Four of top plays in chronological order:

Lamar Jackson’s performance in Louisville’s 63-20 thrashing of Florida State pushed him to the front of the Heisman Trophy race, and he never looked back. One run in the fourth quarter stood out from the rest:

Clemson receiver Hunter Renfrow introduced himself to the world in January 2016 when he caught two touchdown passes in the national championship. Somehow, the former walk-on managed to shine even brighter as the Tigers finished the job 12 months later. This grab, of course, proved to be the game-winner:

At least twice a year, we see Duke-UNC promos filled with buzzer-beaters, bloodied faces and posterizations of the past. Jayson Tatum added to the collection on Feb. 9 and forever etched his name in the history of the rivalry with this throwdown over Kennedy Meeks:

For the second season in a row, North Carolina reached the final 30 seconds of the national title game with the outcome in question. That changed when Joel Berry scooped up a loose ball off a Kennedy Meeks block and pushed it ahead to Justin Jackson to lock of UNC’s first NCAA championship since 2009:

Which of these four plays earns your vote for ACC Moment of the Year? Let us know!