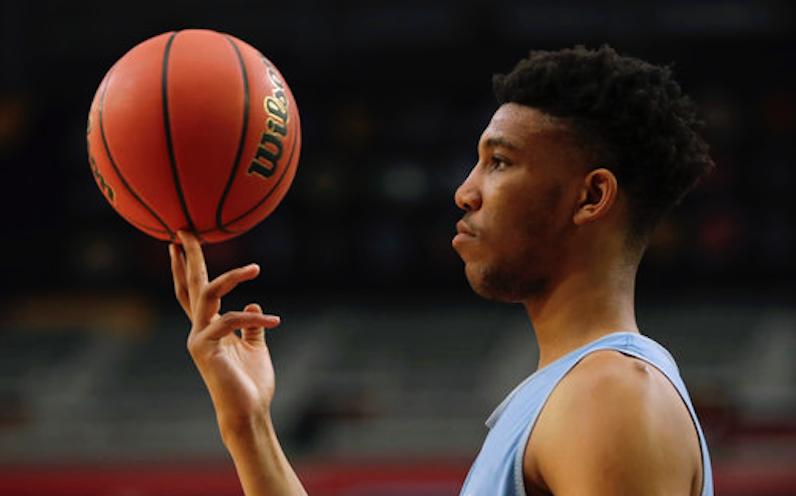 Tony Bradley has decided to remain in the NBA Draft and sign with an agent. (AP Photo)

A big part of North Carolina‘s championship hopes for the 2017-18 season hinge on Tony Bradley’s NBA decision. The Tar Heels won’t have to wait much longer to find out if the 6-11 center will be back.

Wednesday marks the final day that underclassmen can withdraw from the NBA Draft while maintaining their college eligibility. Bradley will reportedly squeeze in a couple more workouts before that deadline.

According to Adam Zagoria of zagsblog.com, Bradley will work out for the Milwaukee Bucks on Tuesday and the Oklahoma City Thunder on Wednesday:

UNC's Tony Bradley works out for Milwaukee on Tuesday and OKC on Wednesday.

Bradley told reporters earlier this month that he’s looking for a first-round guarantee if he’s going to stay in the draft. DraftExpress lists him as the No. 42 pick — middle of the second round — in its latest mock draft.

The Bartow, Fla., native averaged 7.1 points and 5.1 rebounds in 14.6 minutes per game as a freshman. Per KenPom.com, he posted the highest offensive rating (123.2) of UNC players who saw more than four minutes per game. In addition, he pulled down 18.2 percent of available offensive rebounds when he was on the court.

3 reasons why UNC could use Cam Johnson next season