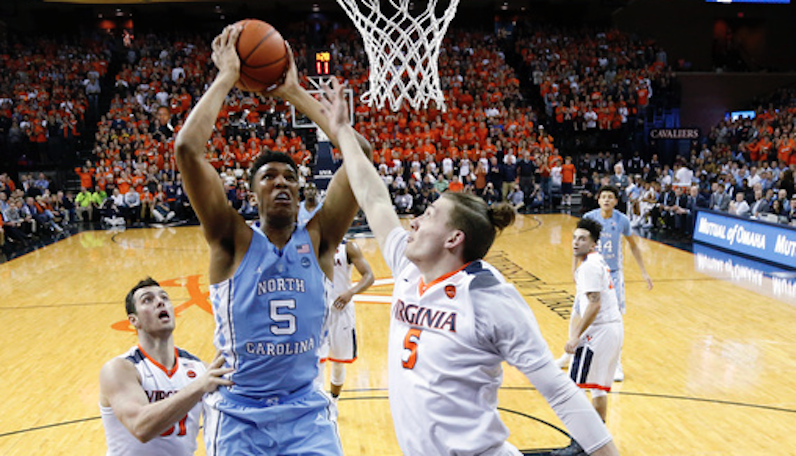 A lot will be at stake this week for the 16 ACC players participating at the NBA Draft Combine. Some will fight to become lottery picks next month. Others will be looking to solidify their places in the first round in order to land guaranteed contracts.

Three of those 16 players have yet to sign with agents, leaving open their options to return to school. The NCAA’s deadline for underclassmen to withdraw from the NBA Draft is May 24, so how each of those players performs this week will likely determine whether or not they stay in the draft.

Bradley has arguably the most to gain this week of ACC players who remain on the fence. DraftExpress projects the North Carolina freshman center to go early in the second round (No. 34 overall), but a strong showing at the combine could push him firmly into the first round.

If the 6-11, 240-pound big man leaves a positive impression as a rebounder and shot-blocker while also showing off some range, it’s hard to imagine there not being at least one franchise willing to take a first-round chance on him. The combine comes to a close on Sunday, and Bradley’s decision on whether or not to stay in the draft may come soon after.

Before the season, few doubted that Duke freshmen Jayson Tatum and Harry Giles would end up in the NBA Draft. However, Jackson didn’t fall under the same category.

The 6-3 guard earned playing time right away for the Blue Devils and remained a key contributor all season. Jackson averaged 10.9 points per game on 47.3 percent shooting, hitting 39.5 percent of his three-point attempts. He also demonstrated the ability to thrive at both guard positions.

ESPN’s Jeff Goodman told the David Glenn Show last month that the college decision of 5-star Duke target Trevon Duval, a point guard, might impact Jackson’s plans of possibly hiring an agent. Duval’s destination may not matter, though, if Jackson shines this week. After all, the Blue Devil freshman already exceeded expectations once.

Just over a year ago, Yurtseven sat at No. 10 overall in DraftExpress’ 2017 mock draft. After sitting out a nine-game suspension to begin his NC State career, though, the Turkish center never adjusted to the speed and physicality of the college game, struggling throughout the 2016-17 season.

DraftExpress no longer lists Yurtseven in its 2017 mock, but that doesn’t mean he can’t improve his position this week. His game was promising enough to garner a combine invitation, and at 7-feet tall and 245 pounds, his size alone makes him pro prospect worth watching.

Academics aren’t an issue for Yurtseven, and he’s attended offseason workouts with the Wolfpack since the season ended, so another year at NC State is still a legitimate possibility. Just like with Bradley and Jackson, though, the combine will also factor into the equation.

It won’t be long before he decides for sure.