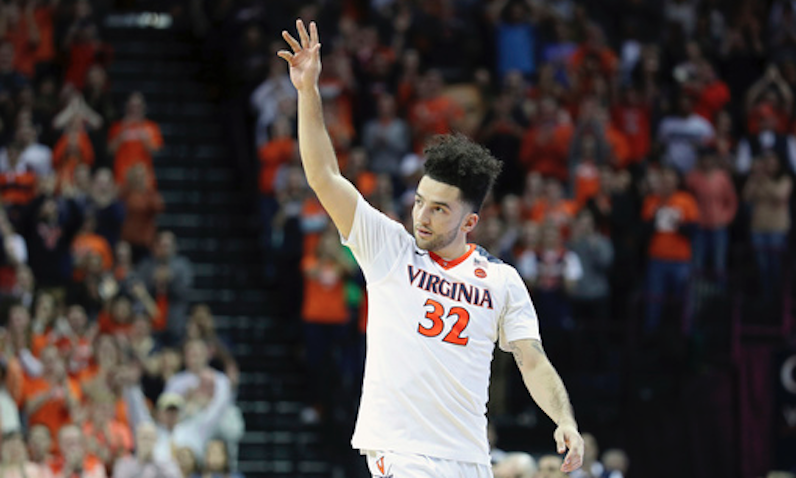 London Perrantes wasn’t selected in the NBA Draft last week, but that doesn’t mean an NBA career is off the table for the former Virginia point guard.

Bruce Bowen, Ben Wallace and Jeremy Lin are just a few undrafted players to enjoy solid, successful tenures in the league, and it can actually be easier in some cases to make a roster as a free agent than as one of the last few picks in the draft.

So what are the odds Perrantes can join fellow UVA backcourt mates Joe Harris, Justin Anderson and newly-minted Rookie of the Year Malcolm Brogdon in the NBA? It won’t necessarily be easy for Perrantes, who will play in the NBA Summer League for the Miami Heat, but it certainly isn’t out of the question either.

The Heat were an interesting choice for Perrantes to sign with for the summer. Miami finished 41-41, just out of a playoff spot in the Eastern Conference, and seems to be in good shape at the point guard spot. Goran Dragic is one of the league’s budding stars, averaging 20.3 points and 5.8 assists last year. The Heat also appear to be set for a backup with Tyler Johnson averaging 13.7 points and 3.2 assists in 2016-17.

Both Dragic and Johnson are signed through the next three seasons and the Heat last year matched a $50 million offer from the Nets to keep Johnson as the backup. So neither one of those two is going anywhere to make room for Perrantes, no matter how well he plays in the Summer League. It’s possible Miami might want to keep a third point guard on the roster, and Perrantes would be an affordable option, but it’s just as likely the former Wahoo will use the Summer League as an audition for other NBA franchises.

The Charlotte Hornets could use a backup point guard and last year picked up another undrafted Virginia players in Mike Tobey, who spent a brief period in Charlotte and most of the season in the Developmental League. Cleveland might also be in the market for a backup to former Duke guard Kyrie Irving, and an affordable, defensive-minded player such as Perrantes might be of value

Regardless, the Summer League should be an opportunity for Perrantes to make an impression.