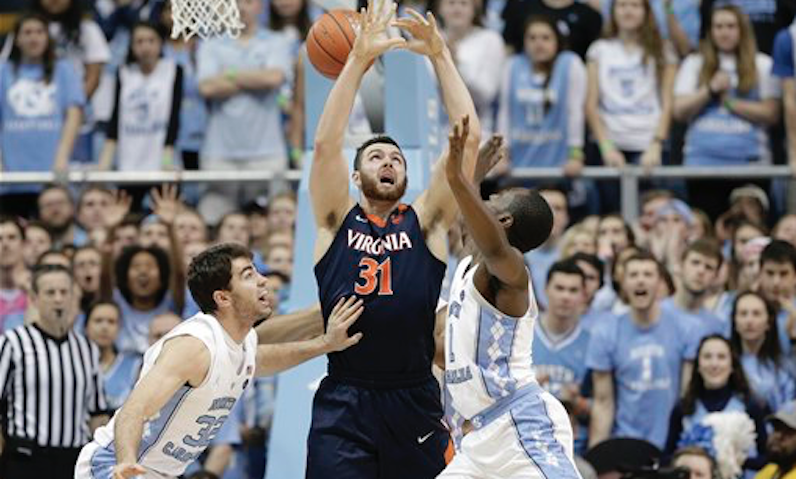 When Virginia dropped a hard-fought 61-59 battle at then-No. 1 Villanova on Jan. 29, few could have imagined that the defeat would begin a run of six losses in eight games for Tony Bennett’s team.

Virginia has maintained its strength defensively through the rough patch, ranking No. 1 in adjusted defensive efficiency in KenPom.com’s national rankings.

However, UVA has shot better than 50 percent just once since Villanova, shooting 53.2 percent in a 71-55 win over Louisville Feb. 6. Since the victory over the Cardinals, Virginia has failed to shoot above 43 percent in four straight outings.

Last season, the Wahoos ranked No. 8 nationally in KenPom’s adjusted offensive efficiency ratings. This year the Cavaliers sit at No. 39.

In terms of pace, Virginia is right around where it was a year ago. After finishing No. 351 nationally in tempo a season ago, the Cavaliers are sitting at No. 350 this winter.

Last season, UVA averaged slightly over six made three-pointers per game. This season, the Cavaliers are actually averaging more made threes per game at 6.44.

In their last three contests — granted, against tough defensive teams in Duke, UNC and Miami — the Cavaliers scored 55, 41 and 48 points, respectively. In those three outings, Virginia shot a respective 36.8 percent, 27.8 percent and 31.4 percent from the floor. After burying a season-high 12 three-pointers in a 66-62 loss at Syracuse Feb. 4, just before the Louisville game, Virginia hasn’t shot above 35 percent from outside since.

UVA is bound to catch a break at some point. The Cavs have now dropped three ACC overtime contests and rank No. 314 in the country in KenPom’s “Luck” metric. But if the offensive numbers don’t improve soon, it won’t be a deep March this year for Bennett and the Wahoos.