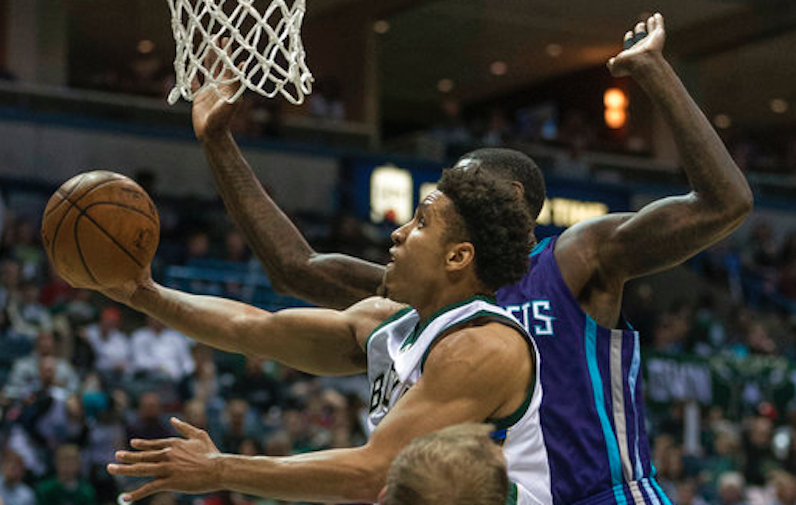 Malcolm Brogdon is a front-runner to win NBA Rookie of the Year honors this season. (AP Photo)

Former Virginia star Malcolm Brogdon scored 16 points on Saturday in his NBA Playoffs debut, helping the Milwaukee Bucks to a Game 1 victory versus Toronto. He’s also likely on his way to winning Rookie of the Year after averaging 10.2 points and 4.2 assists.

There’s a case to be made that Brogdon’s Virginia career is second only to Ralph Sampson. Now, it looks like he could produce one of the best pro careers by a Cavalier.

Sampson is the only UVA alumnus to win the NBA Rookie of the Year award to date; he averaged 21 points and 11.1 rebounds per game in 1983-84. Sampson, particularly in his first few injury-free NBA seasons, set a standard no other Cavalier has approached.

Among the more productive Virginia alums in the pros, Brogdon’s rookie season surpassed names like Bryant Stith and Olden Polynice. Stith averaged 8.9 PPG in 1992-93, then averaged double figures for the Denver Nuggets the next four seasons.

Compared to fellow Tony Bennett products in the NBA, Brogdon is well ahead of the pack. Justin Anderson and Joe Harris combined didn’t score as much as Brogdon as rookies. Mike Scott has been a solid role player with Atlanta after averaging 4.6 PPG and 2.8 RPG as a rookie.

Brogdon’s closest comparison among Bennett players is Klay Thompson, who played for Bennett at Washington State. The Warriors All-Star averaged 12.5 PPG and two APG in his first pro season.

Who knows if Brogdon can develop into a star on Thompson’s level, but it seems like it’s about time to stop selling him short.

How far can Brogdon rise? MVP? President of the United States?

Simply making a couple All-Star Games would put Brogdon among the best second-round picks of the past 30 years. But it’s also getting easier to imagine a career arc similar to San Antonio star Kawhi Leonard, a defensive stopper who came into his own offensively after averaging 7.9 PPG as a rookie.

Plus, you know, he has a master’s degree in public policy, broadening appeal in key swing states of Wisconsin and Virginia…