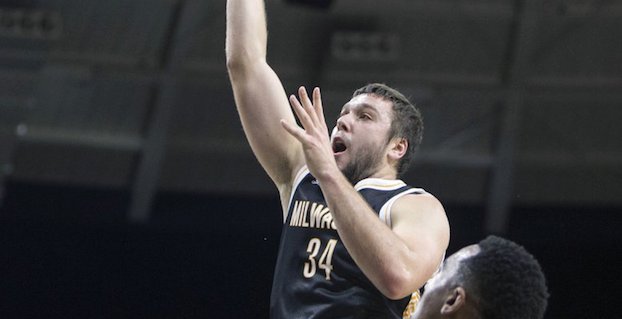 Danny Manning may have picked up the final piece of his starting lineup for next season by landing graduate transfer Austin Arians. Wake Forest had a big hole at small forward after Cornelius Hudson was kicked out of the program near the end of the season, and Arians has the ability to fill it.

Arians (6-6, 200 lbs) averaged 11.4 points and 3.8 rebounds last season for Wisconsin-Milwaukee. He is one of several players to leave the school after the firing of coach Rob Jeter, and he has one year of eligibility left.

Interestingly, Arians’ announcement came when things looked the bleakest for Wake Forest. Reports had just surfaced that Wisconsin had offered, and Arians is a native of Stoughton, Wisconsin. However, Arians noted that the Badgers return most of a team that won 22 games last season, and it was difficult to see where he fit. He also said that Minnesota and Utah also had shown interest.

While Manning can’t boast a guarantee of an NCAA tournament appearance, he can offer plenty of playing time. After Hudson’s dismissal, the Deacons only had one small forward on the roster: redshirt junior Greg McClinton, who has averaged 3.3 points and hit five career three-pointers.

Manning was faced with the possibility of having to play a three-guard lineup, using a bigger shooting guard such as Keyshawn Woods or incoming freshman Richard Washington on the wing, or sliding incoming freshman Donovan Mitchell to small forward. Mitchell (6-8, 200 lbs) is an athletic player, but he’s more of a stretch 4 than a wing player.

What does Arians bring to the rotation for the Demon Deacons?