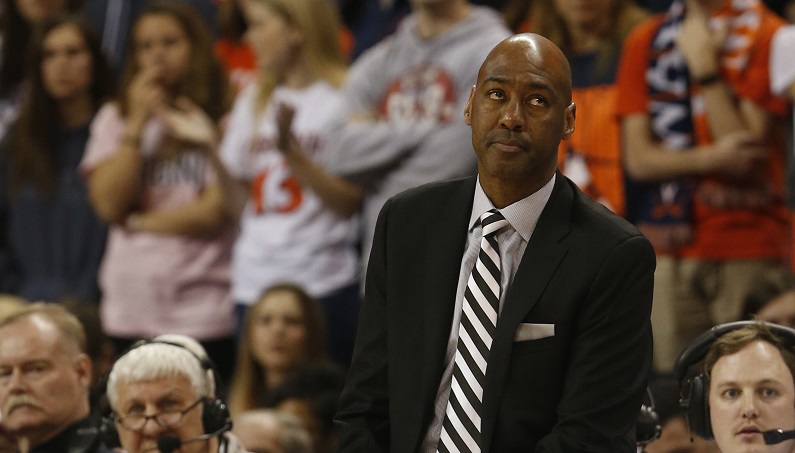 After weeks of speculation, and years of on-court frustration, Wake Forest has made a decision on basketball coach Danny Manning. Manning will return to the school for the 2019-20 season. The school announced the decision on Twitter early Friday morning.

Many thought than when Wake Forest announced John Currie as its soon-to-be new director of athletics that a change could be coming to the basketball program. Under Manning, Wake Forest has struggled mightily.

During his five season at Wake, Manning has won just 25 ACC games; overall, the program has gone just 65-93 during his tenure — with just one NCAA Tournament appearance. In each season with Manning as head coach, Wake Forest has ranked outside the top 125 in adjusted defensive efficiency.

However, with Ron Wellman staying on until May 1, it appears as if he was the one to make the decision — or at least have some say in the process. From the school’s release, here’s Wellman:

Following the season, Danny and I had an extensive series of meetings to discuss the future of the program. We were in agreement that this past season did not approach the expectations either of us has for Wake Forest basketball. Our discussion focused on the steps that are needed to ensure that our team is highly competitive on the court next season. I expect that Danny will take the steps needed to show improvement on the court next season while continuing to lead our student-athletes to represent Wake Forest positively in the classroom and in the community.

What hiring John Currie should mean for Wake Forest athletics