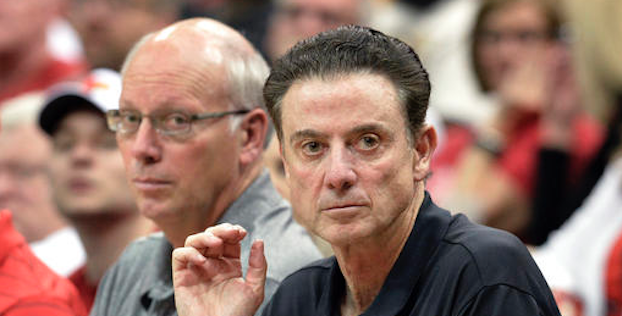 Last week, Ken Pomeroy — the godfather of college basketball statistics — released his projections for the 2016-17 season. At the top of his list for defensive efficiency (points allowed per 100 possessions), you’ll find three ACC programs inside the top five: No. 1 Virginia, No. 2 Louisville and No. 5 Syracuse.

Finishing in the top 20 of this metric is nothing new for any of these teams. Since Tony Bennett took over in Charlottesville, Virginia has ranked inside the top 25 five times; in four of the last five seasons, they’ve finished inside the top 10. In over half of Rick Pitino’s 15 seasons at Louisville (8), the Cardinals have finished in the top five of defensive efficiency. They’ve finished No. 1 in this ranking three times, including their 2013 championship team. In both 2004 and 2009, Louisville gave up a ridiculous 82.7 points per 100 possessions. The Cardinals have given up fewer than 90 points per 100 possessions 11 times. Syracuse has never led the nation in defensive efficiency during the last 15 seasons. However, they’ve ranked inside the top 20 eight times, including seven-consecutive seasons.

What this goes to show you, too, is that there are a lot of different ways to get the job done on that side of the floor — all three of these teams defend their baskets in completely different fashion. UVA relies on their Pack Line, which is designed to curtail penetration into the teeth of their defense. It’s all about cutting off gaps; help defenders stay within a 16-foot arc of the rim, and sink in to stop dribble drives, which requires excellent rotations and communication.

For Louisville and Pitino, it’s all about creating mayhem. In the half court, this translates to a mixture of man-to-man (mixing pick-and-roll coverages) and a 2-3 matchup zone. Louisville has also become known for their pressing style of full court defense, which relies heavily on speed. The Cardinals want to force ball-handlers to the sideline, where another defender will come over to trap. Now the sideline — and depending on where the ball is, the midcourt line, too — become extra defenders. This can force tie-ups and errant passes, which can be intercepted and turned into easy points. Pitino believes the roster he has this season is the best shot-blocking team since he arrived at the school.

The 2-3 zone has become synonymous with Syracuse basketball; it’s Jim Boeheim’s bread and butter. His teams have played the zone full-time since 1996. It’s predicated on preventing open threes, matching up when necessary and team rebounding. It’s much different from what Louisville runs.

The ACC will once again be one of the strongest basketball conferences in the nation this season; Duke and their high-powered offense garner a lot of attention, but it’s clear that the league has three of the nation’s best defenses heading into 2016-17.