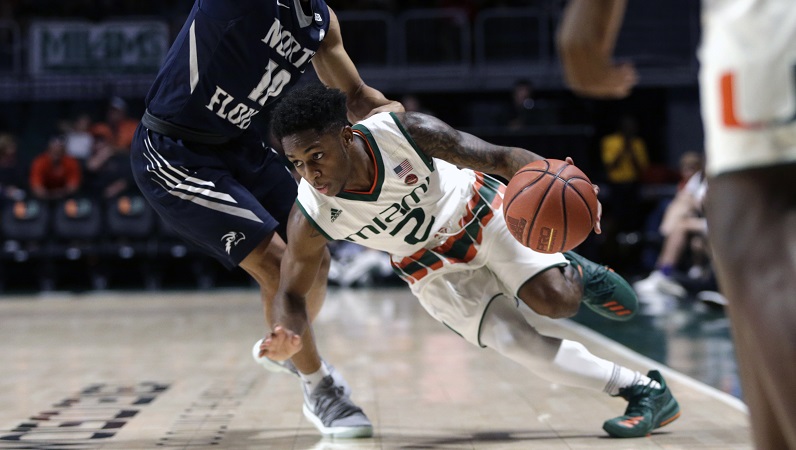 FILE - In this Nov. 25, 2017, file photo, Miami's Chris Lykes (2) drives to the basket as North Florida's Osborn Blount (10) defends during the second half of an NCAA college basketball game, in Coral Gables, Fla. Freshman guard Chris Lykes is only 5-7, but he made perhaps the biggest contribution to the latest win for the No. 18 Miami Hurricanes. (AP Photo/Lynne Sladky, File)

An unprecedented offseason will hit college basketball for the second time in the last two years. With the NCAA granting every player a “free year” of eligibility due to COVID-19, nationwide roster turnover is about to spike.

Obviously, there are the NBA prospects that must decide what to do with the draft. Certainly, there are also players that will use the extra year to shop around and possibly transfer to another program, including guys who have already used up 4-5 years of eligibility.

However, this current landscape also creates another tier of players: those who could return to their schools, transfer elsewhere or go pro. These are players that aren’t on NBA radar, though. Their decisions to play professional will focus on other opportunities — both international and domestic.

Here, we’ll track which of these ACC Super Seniors plan to go pro, return to their current team or transfer to another program.

A couple of quick personnel notes for @CanesHoops: Jim Larrañaga announces that Chris Lykes is planning to turn pro, while Sam Waardenburg is set to return next season.

Waardenburg announced yesterday he planned to return to Miami.