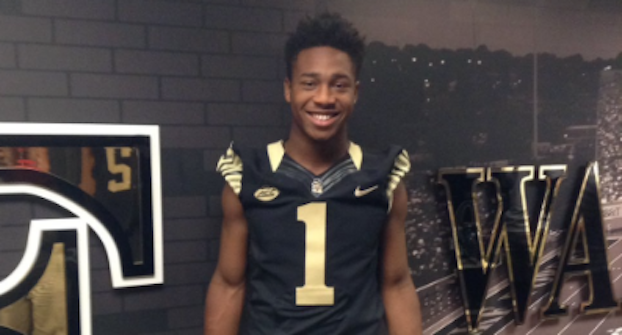 Dave Clawson’s plate is full right now between figuring out changes to his staff, holding on to previously committed players and wrapping up his 2017 class.

That’s why it’s always nice for a coaching staff to hear that a recruit has solidified his commitment, which is what linebacker D.J. Taylor did on Monday. Taylor, who originally committed in June, tweeted that he’s shutting his recruiting down and standing behind his original plan to be a Deacon.

Taylor specifically called out Purdue, Vanderbilt and Georgia Tech, who all had continued to recruit him, before deleting the tweet. (Yes, it appears he only considered schools within a certain color palette.)

Locking down Taylor is a big deal for Wake. Become a premium member of ACCSports.com to find out why!