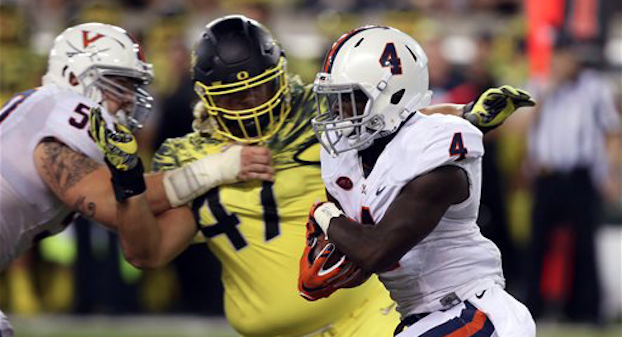 When Virginia signed Taquan Mizzell back in 2013, a lot of Cavalier fans envisioned a resurgence of the UVA offense, built around the shifty, ultra-athletic playmaker.

A running back who can catch passes like a wide receiver, Mizzell was one of two 5-star prospects (the other was defensive tackle Andrew Brown) to sign with Virginia that year as it appeared that the Cavaliers were turning the corner, both on the field and in recruiting, under Mike London.

Fast forward three years, however, and London is no longer in Charlottesville, fired after last season. Mizzell finds himself struggling to remain relevant in the offense as a senior under a new coaching regime that doesn’t appear to be using him as effectively as it could be.

How does the new coaching staff’s use of Mizzell compare to how he was utilized the last three years? To find out for free, sign up for basic access to ACCSports.com.