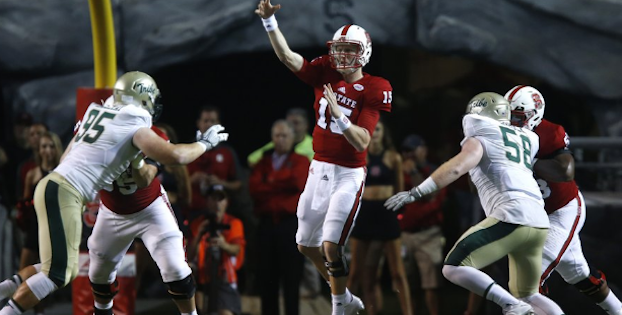 Head coach Dave Doeren suggested post game during his press conference that at a minimum, it’s likely they have found their starter for East Carolina.

Newly reclassified redshirt sophomore Ryan Finley, who earned the start against William & Mary in the opener, will probably spend next week preparing as if he will be the primary quarterback when NCSU travels to its in-state rival for a noon kickoff in Greenville against the Pirates.

Finley was effective versus an overmatched Tribe defense. He completed 17 of 21 passes for 174 yards and two touchdowns, and none of his throws were close to being a turnover. That’s contrary to his counterpart, redshirt sophomore Jalan McClendon. McClendon played well for the most part, completing 6 of 9 passes for 88 yards, but his one interception was a cringe-worthy pass attempt that should have been a throwaway instead.

The theme that emerged from Finley’s performance was his comfort level within new offensive coordinator Eli Drinkwitz’s offense. That perhaps should be expected considering the two were together last season at Boise State.

To read what Dave Doeren had to say about his two quarterbacks, sign up for basic access to ACCSports.com.