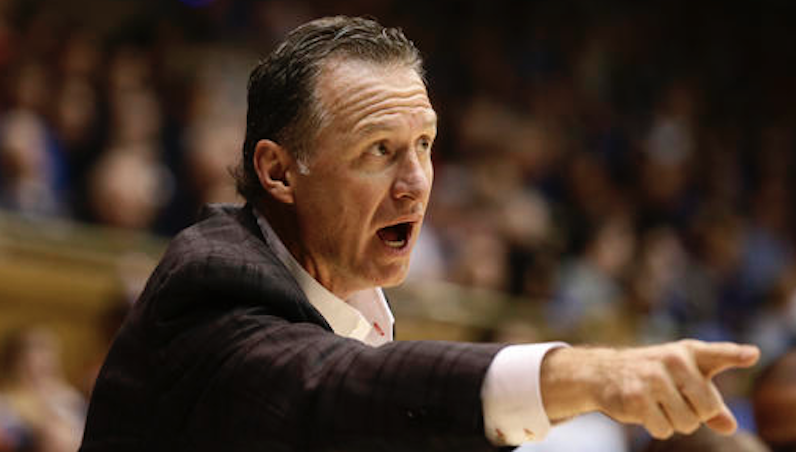 Mark Gottfried and NC State are in danger of falling into back-to-back losing seasons. (AP Photo)

NC State athletic director Debbie Yow made headlines last summer when she told The Wolfpacker the ACC Network was happening.

Sure enough, later that summer the ACC did announce its partnership to launch an ACC Network.

That interview came on the heels of a difficult losing season in men’s basketball. The 2015-16 campaign snapped a streak of four straight NCAA tournament appearances that included two trips to the Sweet 16 in head coach Mark Gottfried’s first four years at NC State.

“I don’t think I can look at 2015-16 men’s basketball without thinking what an anomaly that was with what occurred to us from an injury perspective,” Yow said. “I don’t expect to ever see another year like that.”

Yow also expressed her bullish enthusiasm on the offseason that Gottfried was enjoying. Despite losing twins Caleb and Cody Martin to the transfer circuit and All-ACC guard Cat Barber to the pros, Gottfried landed prized international prospect Omer Yurtseven, persuaded forward Abdul-Malik Abu to return and was set to welcome the so-called “Rescue Squad” — a trio of injured or redshirting guards who sat on the end of the bench (Dennis Smith Jr., Terry Henderson and Torin Dorn).

Fast forward to today, and NC State is 14-10 overall with a 3-8 mark in the ACC. The Pack could conceivably be the underdog in its remaining seven games, possibly facing a second straight losing season. That hasn’t happened since the final two seasons of Les Robinson’s tenure (1994-95 and 1995-96). Those were the last of five straight losing seasons for Robinson during a tumultuous stint in Raleigh.

The question has not quite reached center stage, but it has certainly become a popular topic on internet message boards: Is Gottfried inching toward the hot seat?