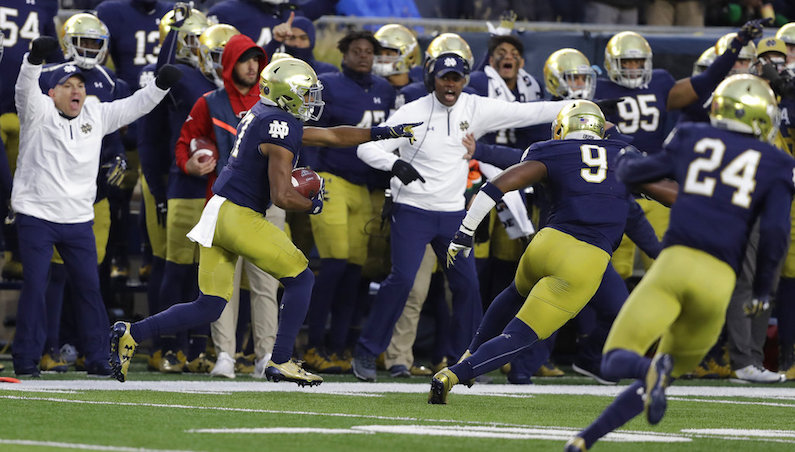 Notre Dame's Julian Love (27) intercepts a pass and runs it back 69 yards for a touchdown during the second half of an NCAA college football game against North Carolina State, Saturday, Oct. 28, 2017, in South Bend, Ind. Notre Dame won 35-14. (AP Photo/Darron Cummings)