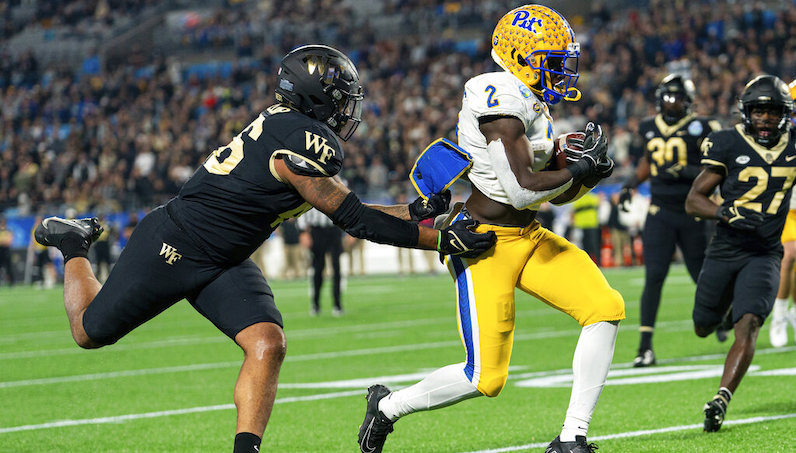 According to a report from Andrea Adelson of ESPN, the ACC will strongly consider eliminating divisions for football. Since expansion, the ACC has had two divisions: the Coastal and the Atlantic. That, however, could change.

The league’s winter meetings started today (Feb. 9) in Fort Lauderdale, Florida; this topic, as the ACC continues to reimagine itself as a football league, took center stage.

Scheduling and the league’s division will be discussed, regardless. Now, however, there’s a real push to eliminate divisions.

For that to happen, though, the ACC would need to go to the NCAA and ask that conferences with 12+ teams no longer be required to have divisions. So far, that’s yet to take place.

The ACC is moving closer to eliminating divisions in football: https://t.co/BozGmCcMQb pic.twitter.com/3zhj2AM4XH

Recently, ACC commissioner Jim Phillips made waves when he announced that the league was — for the time being — against expanding the College Football Playoff to 12 teams.

While this public stance ruffled some feathers, according to Adelson’s report, it bought Phillips some cache with his constituents: ACC athletic directors, football coaches and university presidents.

Back in July, players from North Carolina and Clemson were polled by their head coaches — Mack Brown and Dabo Swinney, respectively — regarding their interest in expanding the playoffs to 12 teams. Due to an increase in game volume, most players came out against the idea, albeit without all of the proposal’s parameters.

But multiple coaches said they were not given much in the way of detail or information about how it would affect the regular season, number of games played, academic schedules, the holidays or bowls outside the playoff.

“Jack tried to swindle us into going for it. That thing got squashed back at ACC media day,” one source said.

Phillips and the ACC coaches are anxious about playoff expansion without first addressing other aspects of the game — namely NIL and the transfer portal.

This could include a variety of different concerns, according to reporting. There are some coaches who wish to see some restrictions on when players can enter the NCAA transfer portal. That’s tricky, but there are other wishes, too, including altering rules for redshirting players (allowing redshirts to play in a bowl game without burning a year of eligibility) and adding more scholarships (5-10) per program.