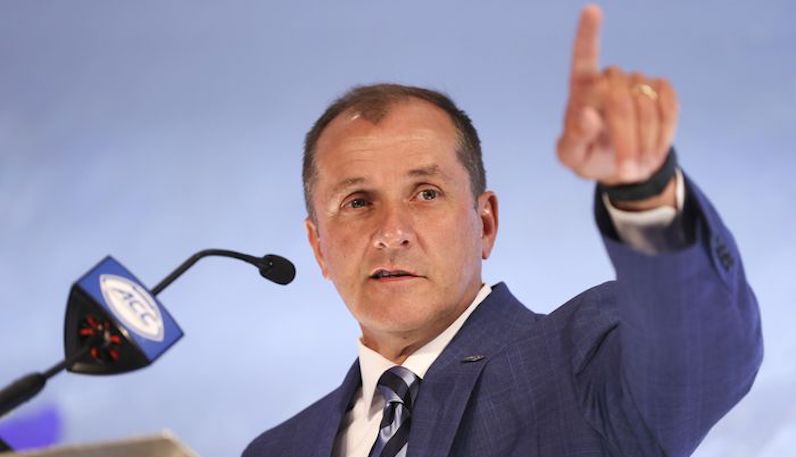 While speaking with assembled media on Friday (Jan. 14), ACC commissioner Jim Phillips spoke out against expanding the College Football Playoff.

This is something that’s been discussed for years now: if (read: when will) the four-team playoff format will expand? For now, Phillips claims that he — another ACC member schools — are against the idea: “Now is not the time to expand the College Football Playoff.”

Pretty significant from ACC commish Jim Phillips on @CFBPlayoff expansion:
"The membership of the ACC is very much aligned in its position that now is not the time to expand the College Football Playoff." Current deal w/4 team playoff has 4 years remaining

According to Phillips, all ACC coaches are against expansion, currently. That seems a little hard to believe, but that’s what the commissioner said.

Phillips also stated that the league’s concerns with expansion center on: health and safety issues, the length of an already long season and academic.

ACC's concerns regarding CFP expansion include health/safety, length of the season, academics and the NCAA environment. Jim Phillips says he thinks leaders should be focus on reforming college athletics (NIL, transfer portal, etc.), not adding teams to the CFP two years early.

Phillips also denied that the ACC’s position with the CFP and expansion has anything to do with the possibility of adding Notre Dame to the league for football.