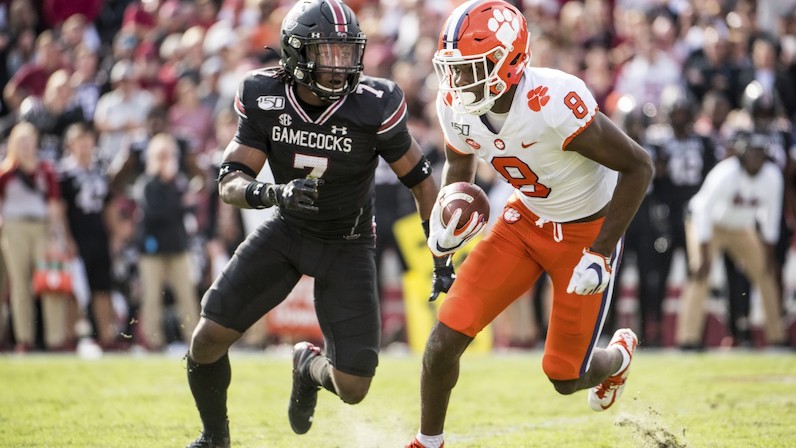 Following weeks of discussions, which ACC commissioner Jim Phillips deemed as “high level,” the alliance between the ACC, Big Ten and Pac-12 is expected to be announced Tuesday, Aug. 24. Nicole Auberbach of The Athletic has the latest.

The announcement will focus on three critical elements: College Football Playoff expansion, NCAA governance concerns and football scheduling, which could be a thornier issue to navigate. (Complicating those matters: a lack of available non-conference scheduling dates for several ACC programs, for at least the next 5-6 years.)

Big Ten, Pac-12 & ACC are expected to announce their alliance Tuesday, sources tell @TheAthletic. It will allow them to work together on CFP expansion & governance issues.

There are some complications re: FB scheduling that will need to be worked out: https://t.co/OSjWW00DLe

Of course, all of this has to do with combating the SEC, which continues to consolidate power. That concern became more evident in recent weeks when Texas and Oklahoma, two Big 12 stalwarts and key money-makers, unanimously accepted an invitation to the SEC. (That membership will start in 2025.) The Big 12, currently, is in a bad place.

As far as the announcement will go, ESPN’s David Hale says it’ll focus more on philosophy and framework — less on specifics.

Scheduling OOC games *could* bring some $ but think of the logistics for ACC teams. Some already are scheduled out to 2026-27. If there’s not a serious $$ component to The Alliance & they’d have to buy out at least 1 opp per year, it’d cost teams a few million. What’s upside?