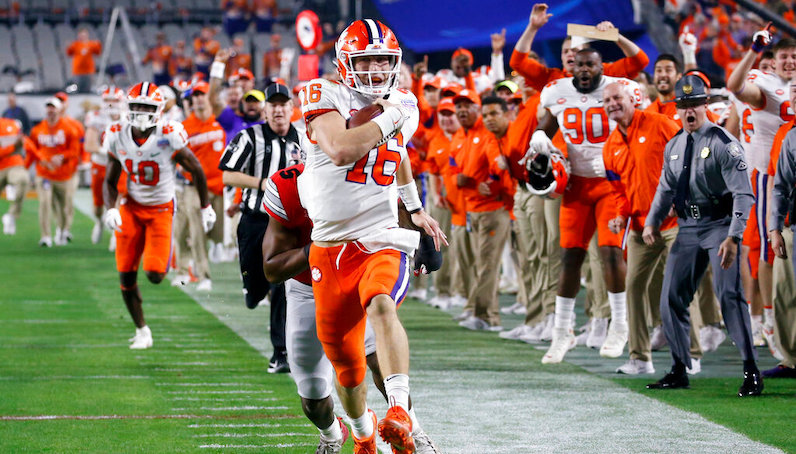 According to a report from The Athletic: the ACC, Big Ten and Pac-12 are in the process of forming a potential alliance. The Athletic describes that current state of these discussions as “high-level.” These discussions, which have included ACC commissioner Jim Phillips, have gone on for several weeks now.

While the genesis of the talks centers on football scheduling, the alliance would go beyond that. Ultimately, the goal, according to sources in all three conferences, is for the trio of league to coordinate and vote together on macro issues impact major college athletics.

This is a not-so-subtle push-back on the SEC, which continues to consolidate power; two weeks ago, Texas and Oklahoma, two Big 12 stalwarts and money-makers, unanimously accepted an invitation to the SEC. (That membership will start in 2025.)

Sources tell ⁦@TheAthletic⁩ that the Big Ten, Pac-12 and ACC are having discussions about forming an alliance: https://t.co/aR0YjaTetQ

Unsurprisingly, the Big 12 isn’t a part of this potential alliance. However, a currently opaque outlook for the Big 12 could see some resolve — depending on how the potential alliance acts. So far, there’s been little “serious interest” in picking apart what’s left of the Big 12, according to The Athletic.

As of now, there’s now stated timeline for when the alliance could officially take shape.

Per Matt Fortuna of The Athletic, the ACC’s has formed an implementation committee for this potential alliance. This committee includes three representatives from the league, all athletic directors: Clemson’s Dan Radakovich, Bubba Cunningham of North Carolina and Virginia’s Carla Williams.