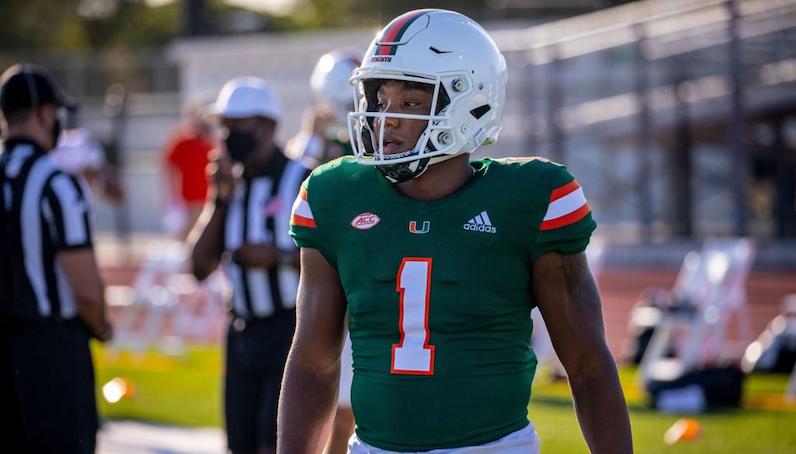 Seven ACC football teams landed in last week’s AP Top 25 Poll. One week later, all seven of those teams remain in the poll, albeit with some movement, too.

Following a blowout road win over Louisville, led by quarterback D’Eriq King, Miami jumps up five spots to No. 12. Louisville falls from 18 to No. 24.

The Clemson Tigers remain No. 1, with a slight edge over Alabama, which starts its 2020 season next week against Missouri.