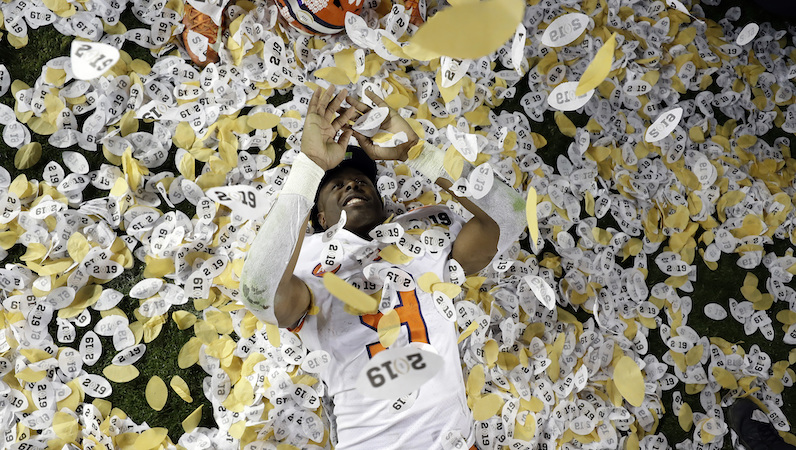 The Atlantic Coast Conference announced the 2019 football schedule Wednesday, and once again, it includes arguably the most challenging non-conference competition among the Power 5 conferences.

“As we look ahead to the 2019 season, there’s significant excitement surrounding ACC Football, which is currently enjoying a period of unequaled success,” said ACC Commissioner John Swofford. “The individual and collective accomplishments of our 14 football programs are a tribute to the leadership of our student-athletes, coaches and administrators. The upcoming season will feature the debut of the ACC Network, which will provide our fans even more opportunities to follow the ACC and their favorite teams.”

Just one week after the ACC Network launches on Aug. 22, the first conference football game will kick off on the new all-ACC platform when Georgia Tech visits Clemson for a Thursday night contest on Aug. 29. The 24/7 network is poised to air 1,300 live events annually across its TV and digital offerings from around the conference’s 15 member schools and 27 sponsored sports.

ACC teams will play four neutral site games on the opening Saturday of the 2019 season, including Duke vs. Alabama in the Chick-fil-A Kickoff Game in Atlanta, Georgia; Florida State vs. Boise State in Jacksonville, Florida; Miami vs. Florida in the Camping World Kickoff in Orlando, Florida; and North Carolina vs. South Carolina in the Belk College Kickoff in Charlotte, North Carolina.

The ACC will have four games nationally televised by ESPN on Thursday nights, including North Carolina at Wake Forest (Sept. 12), Syracuse at NC State (Oct. 10), North Carolina at Pitt (Nov. 14) and NC State at Georgia Tech (Nov. 21).  The league also has six Friday night games, including Utah State at Wake Forest (Aug. 30), William & Mary at Virginia (Sept. 7), Duke at Virginia Tech (Sept. 27), Virginia at Miami (Oct. 11), Pitt at Syracuse (Oct. 18) and Virginia Tech at Virginia (Nov. 29). Networks for these games will be announced at a later date.

In addition to Louisville’s Labor Day against Notre Dame, the schedule includes four additional games against the Fighting Irish, which finished No. 5 in the final 2018 AP Top 25 poll. As previously announced, Duke plays host to Notre Dame on the ACC Network on Nov. 9, while Virginia (Sept. 28), Virginia Tech (Nov. 2) and Boston College (Nov. 23) all visit South Bend.

In all, the schedule includes 56 regular-season conference match-ups over a span of 14 weeks and is capped off with the 15th annual Dr Pepper ACC Football Championship Game, which will be played on Saturday, Dec. 7, at Charlotte’s Bank of America Stadium.

The ACC is coming off another successful football season that saw Clemson claim the league’s eighth national championship with a 44-16 win over Alabama.  The ACC has now won three of the last six football national championships (Clemson 2016 & 2018, Florida State 2013), which leads all leagues.

The ACC finished the 2018 bowl season with a 6-5 record, which does not include Boston College’s bowl game vs. Boise State that was canceled due to weather.  The six postseason wins ties for the most among all conferences.

The ACC is the only conference to send every team to at least one bowl game over the last three seasons. 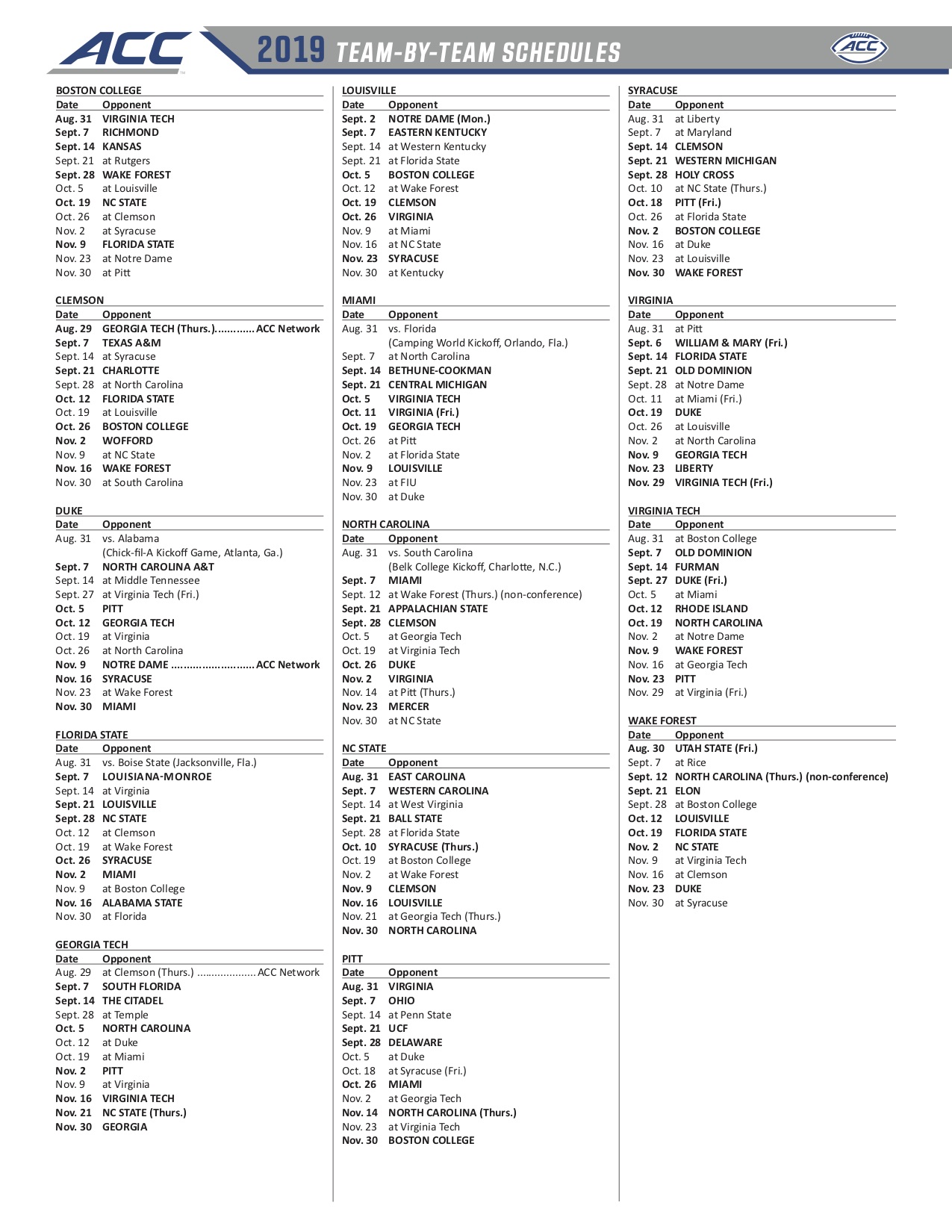 According to a report from college football insider Brett McMurphy, ACC football, like the Big…

According to Nicole Auerbach of The Athletic, the Big Ten is expected to go to…