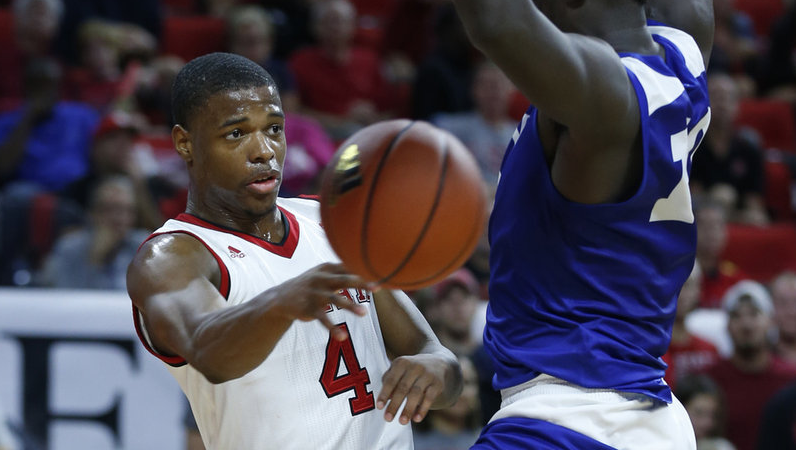 As Dennis Smith Jr. prepared for his first — and likely only — season of college basketball, two of the frequent NBA comparisons he drew were Chris Paul of the Los Angeles Clippers and Damian Lillard of the Portland Trail Blazers.

Paul and Lillard function in two very different ways for their NBA teams, which should tell you how frivolous some college-to-pro comparisons can be — but both players have at least one common characteristic that ties them together: mastery of pick-and-roll.

CP3 has been a maestro of pick-and-rolls since he stepped foot on Wake Forest’s campus 14 years ago. Paul uses pick-and-rolls as a way to facilitate offense: get a rim-running big man going to the basket for a lob (DeAndre Jordan). Or if the defense rotates down to bump the roller, then he will look weak side for a three-point shooter — usually J.J. Redick. If the defense sinks under and covers his passing outlets, Paul will fire off one of his patented midrange jumpers.

Lillard, on the other hand, uses pick-and-rolls to bomb 27-foot moonball three-pointers and hit Mason Plumlee on rolls, which opens up Portland’s offense.

Regardless of the differences, so much of basketball — in both college and the NBA — is about high-ball-screen offense. Spread the floor with shooters and let the point guard and center slice up a stretched defense. The comparisons for Smith were lofty — Lillard and Paul are two of the best players on Earth. Some projected rim-running utopia for Abdul-Malik Abu and Omer Yurtseven.

Let’s look at how well Smith has held up, specifically in pick-and-roll action.

According to Synergy Sports, 28.2 percent of Smith’s possessions (104) have been spent as a ball-handler in pick-and-rolls — more than any other play type. The freshman boasts a solid 43.3 percent shooting rate in these situations, and State has scored 0.84 points per possession with Smith running this specific show — good for 24th among ACC players.

Smith has passed to the the roll man on 23 pick-and-rolls. Here’s a look at how NC State’s bigs have fared. (Note: Not all of these passes have come from Smith; Markell Johnson, Terry Henderson and Torin Dorn have all run at least nine pick-and-rolls.)

These results aren’t all that impressive. NC State has thrown the ball to roll players on 41 possessions this season and produced just 32 points on 43.3 percent shooting. According to Synergy, the Pack has a turnover rate of 14.6 percent on such possessions, which is the third-highest mark in the conference. Virginia, somewhat surprisingly, has that highest turnover rate — 26.3 percent. Only Miami and Clemson have scored fewer points on a per-possession basis than NC State.

This isn’t all on NC State’s guards. The frontcourt needs to do a better job of avoiding turnovers and finishing at the rim. Yurtseven and Abu are future NBA players in the eyes of some; we will see if they can step up.

The Wolfpack has a lot of work to do in the pick-and-roll department; an improvement here, however, could help prop up an offense that has struggled in ACC play. According to KenPom.com, NC State ranks second-to-last in the league in offensive efficiency in conference play. Defense is the most pressing concern for Mark Gottfried’s club, but a sharper edge on offense could go a long way on both ends of the court.