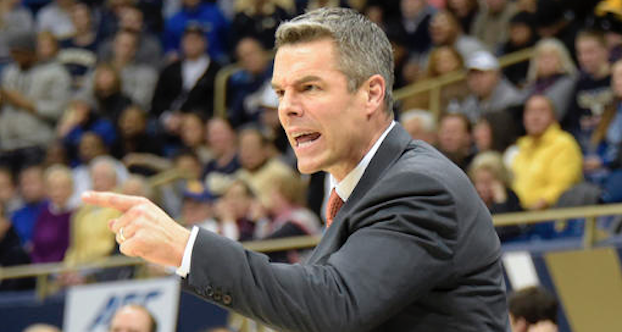 Tony Bennett coached Virginia out of a hole after a slow start to ACC play last season. (AP Photo)

After getting off to an 11-1 start this season, Virginia hit a snag, losing back-to-back ACC games to fall to 1-2 in league play.

Coming off their most impressive performance of the season in a 61-53 victory at Louisville, the Cavaliers were stunned by Florida State in John Paul Jones Arena, 60-58, on New Year’s Eve.

Four nights later, at Pittsburgh, Tony Bennett’s squad couldn’t find the road magic it had against the Cardinals. Though UVA forced overtime, the Cavaliers ran out of gas in the extra session and fell to the Panthers.

At 1-2 after three league games, it might be easy for some Virginia fans to get nervous. After all, four of UVA’s next six games are on the road, including matchups at Notre Dame and Villanova. But this isn’t exactly uncharted territory for Virginia.

Last season, the Cavaliers lost to Virginia Tech, Georgia Tech and Florida State in January, briefly falling to 2-3 in ACC play. They went on to win 16 out of their next 19 games. UVA reached the ACC title game and earned a No. 1 seed in the NCAA tournament.

Virginia leads the ACC in scoring defense by a long shot as the Cavaliers are giving up just 51.4 points a game. Their next-closest ACC rival, Miami, is giving up 59.7 points an outing.

The Cavaliers are in position to get solid bounce-back wins on their home court against Wake Forest Jan. 8 and Georgia Tech on Jan. 21. Virginia will also be favored in its road contest at Boston College on Jan. 18.

One of the biggest games leading up to the battles with Notre Dame and Villanova is a matchup with Clemson at Littlejohn Coliseum on Jan. 14. With Clemson playing like a potential NCAA tournament contender, a win over the Tigers could ignite a new winning streak for UVA.