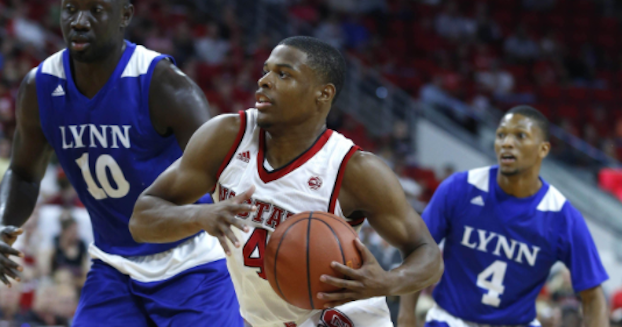 It may have only counted as two points, but it looked like it was worth a million bucks. Early in the second half of NC State’s 99-71 victory over Rider, Dennis Smith Jr. used a left-handed hesitation dribble to penetrate the lane. The freshman quickly gathered momentum and came back right before unleashing a tomahawk slam that should be an early candidate for Dunk of the Year in college basketball.

Smith scored a game-high 19 points and handed out a career-best 16 assists; five other NC State players scored in double figures. This was the sixth straight win for the Wolfpack (11-2), who start conference play on Saturday at Miami.