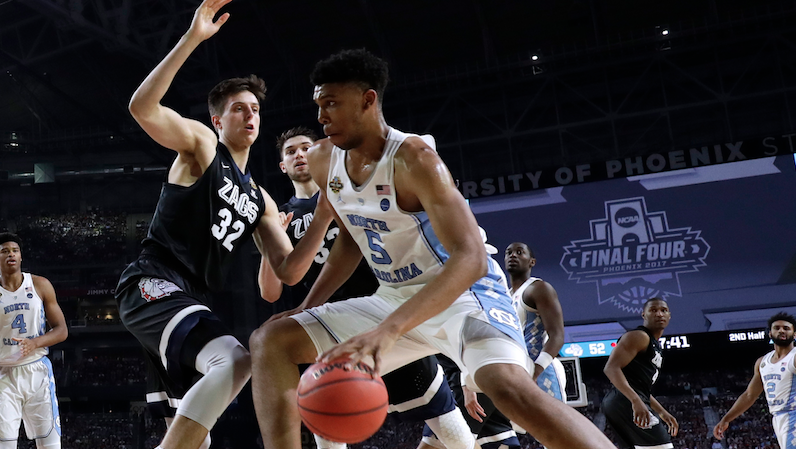 North Carolina forward Tony Bradley (5) drives past Gonzaga forward Zach Collins (32) during the second half in the finals of the Final Four. (AP Photo)

The 2017 NBA Draft Combine is underway this week in Chicago. It started on Tuesday, but the televised portions of it take place on Thursday and Friday. Several of the draft’s top projected picks skipped the event, including Duke’s Jayson Tatum. Washington’s Markelle Fultz — a likely top-five pick — is attending the event but not participating in any of the physical parts. That is a trend that is likely to continue, too.

That aside, on Thursday, the combine released measurements for the 67 participants. Here is a look at some notable ACC-related observations, including what Tony Bradley decided against doing.

(Note: Here is a Google Doc with all of this year’s combine measurements.)

NBA just released 5-on-5 rosters for the Combine. 2 more in our Top 30, Tony Bradley & DJ Wilson, now appear to be skipping it pic.twitter.com/XSmiZGFWQl