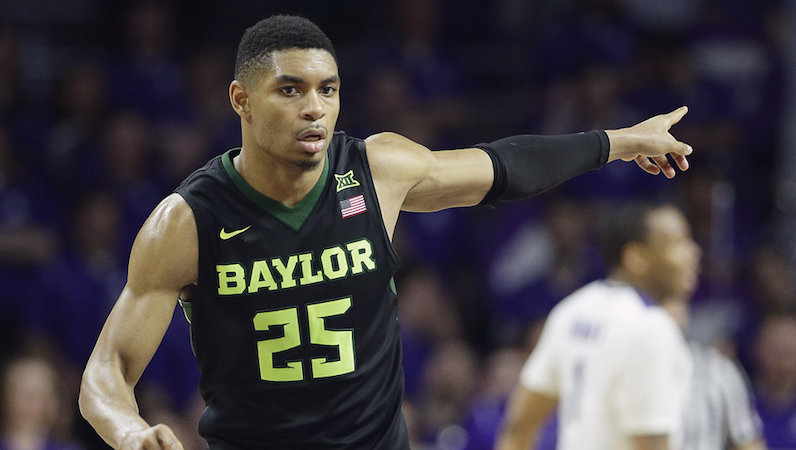 On Wednesday, NC State landed Baylor graduate transfer Al Freeman. It is a big get for new coach Kevin Keatts, who adds a player to his roster who scored over 800 career points in the Big 12. Freeman shot 39.5 percent on three-pointers in 2016-17 and looks to be in the mold of recent NC State transfers Ralston Turner and Terry Henderson.

Basically, Freeman is in Raleigh to provide some necessary shooting and spacing for the Wolfpack. However, there is more to like than the basic box score stats.

According to Synergy Sports, Freeman scored 1.13 points per possession and shot 39.4 percent on his jump shots this season. That efficiency metric ranked fourth in the Big 12 among players who recorded at least 100 of such possessions.

When isolated specifically for catch-and-shoot opportunities, Freeman shot just a shade under 43 percent and scored 1.24 points per possession — No. 284 in the nation among Division I players with at least 50 attempts.

Freeman shot the ball well in two critical actions. He was one of the best players in the nation coming off screens in 2016-17. Per Synergy, Freeman connected on 60 percent of his field-goal attempts after coming off a screen, which is a top-20 number nationally. He will not shoot that well again; Freeman is not J.J. Redick or Klay Thompson, but it still inspires some confidence.

The Baylor transfer was a sturdy pick-and-roll player, too. Freeman scored one point per possession — on 41.7 percent shooting — in the pick-and-roll; that ranked in the 92nd percentile nationally.

This is why Freeman was able to post an impressive offensive rating of 110.2 points per 100 possessions. Of players who played at least 50 percent of the team’s possible minutes, that number ranked third on Baylor’s roster, according to KenPom — better than that of All-American Johnathan Motley.

Take that for data!

Amazing David Fizdale rants aside, there is a lot to like in the numbers for Freeman if you are an NC State stakeholder.

Baylor played 10 guys in 25 games this season as the team sprinted out to 27 wins. This isn’t Leonard Hamilton-level crowded, but that is a large rotation. Freeman played less than 24 minutes per game and still managed to score 10-plus points in 16 of his 32 games, including a 16-point outburst in 18 minutes against Kansas State in the Big 12 Tournament.

So, extrapolate that! According to Sports Reference, Freeman scored better than 16 points per 40 minutes and nearly 25 points per 100 possessions. That is pretty good.

For his career, Freeman is an 81.4 percent foul shooter. In 2016-17, he drew 4.2 fouls per 40 minutes, per KenPom. Do not be surprised to see that number jump next season. State will need him to get to the charity stripe for easy points.

There will not be a shortage of minutes of touches for Freeman next season in Raleigh, however. His overall efficiency numbers may dip with increased usage — and he will need to improve as a playmaker — but they still foreshadow a promising scorer, and one that Keatts will have to rely on in a challenging debut season in the ACC.