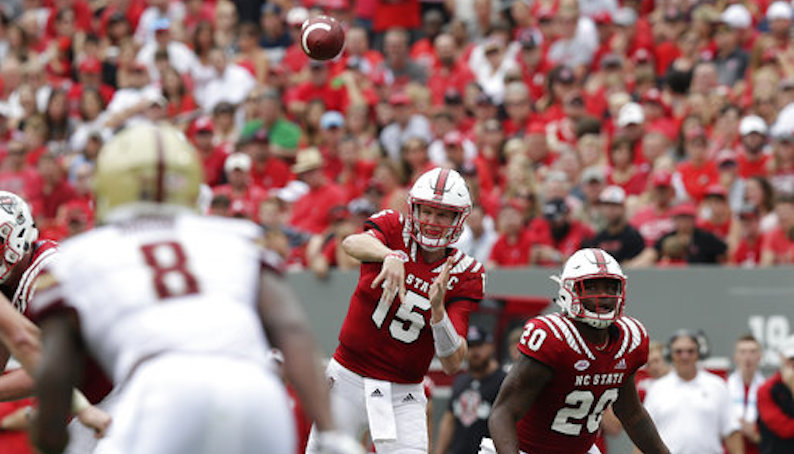 After nearly two months of action, we have hit the de facto midpoint of the 2018 college football season. With that in mind, it seems like a good idea to released our midseason All-ACC Football roster, which is headlined by quarterback Ryan Finley.

Speaking of Finley, only two undefeated teams — Clemson and NC State — remain in the ACC, and they are set to face one another this weekend. Unsurprisingly, those two teams are well represented on this list, too.

[Quick note: It was rather challenging to assemble the defensive team; there are so many good defensive players, especially along the line, it’s almost silly.]