He’ll rank the top 5 college football seasons in the state.  These rankings are NOT designed to predict who would beat whom. Instead, they ask and answer:

Which N.C.-based teams, from all NCAA divisions, have put together the most special seasons thus far?

After being nationally ranked in the Associated Press poll for the first time in program history, the Mountaineers lost QB Zac Thomas to injury early at Georgia Southern and fell 34-14 on national TV; almost shocked Penn State at Happy Valley in opener and have annihilated most in their path since then; former QB Taylor Lamb deserves a lot of credit for his track record as a four-year starter, but new guy Thomas (169 ypg passing with 18TD/4INT, 43 ypg and 10 TDs rushing) actually does some things better than Lamb did; RB Jalin Moore (now out for season) was averaging almost 100 yards per game on the ground before suffering an ugly ankle injury at Arkansas St, but backup Darrynton Evans (90 rushing ypg and 7 TDs) has stepped up impressively; WR Corey Sutton averaging 58 receiving ypg with 8 TDs; we didn’t know quite as much about the App defense for a while because their three opponents after PSU weren’t very good offensively, but they shut those three down (only 8 ppg!) and then limited high-powered Arkansas St to only 9 points on their own field; in their 10 wins, the Mountaineers are giving up only 11 ppg!; LB Akeem Davis-Gaither (Thomasville HS) is team’s leading tackler, LB Noel Cook (Reidsville HS) also a playmaker; DB Clifton Duck (Butler HS near CLT) is dangerous on defense and special teams (13 yards per return with a TD); Evans also exciting on kick returns (34 yards per return, with a TD).

NEXT: With Satterfield off to Louisville, and assistant head coach Mark Ivey (also the defensive line coach) serving as interim head coach, the Mountaineers will face 8-5 Middle Tennessee (Conference USA runner-up) in the New Orleans Bowl on Dec 15 (9 pm/ESPN).

Offense struggling a bit compared to recent seasons, but defense still rock-solid and one of the best nationally in stopping the run; senior QB Lamar Raynard (6-4/195 from High Point Andrews) not having great senior season but has 18 TD passes against only 5 interceptions and has 3 more scores as a runner; senior RB Marquell Cartwright (5-8/203 from High Point Andrews) rushing for more than 90 ypg with 7 TDs; sophomore WR Zachary Leslie (6-3/204 from Lawndale Burns and Palmetto Prep) averaging almost 50 receiving ypg and has 8 TDs; stars on defense include amazing junior DE Darryl Johnson Jr, sophomore DB Mac McCain III (Greensboro Dudley; grandfather, the late Franklin McCain, was one of the four N.C. A&T students who were a part of the famous 1960 Woolworth lunch-counter sit-in protest that is credited for starting the modern-day Civil Rights Movement … The historic foursome was later nicknamed the Greensboro Four and are forever shrined in American history!).

NEXT: vs SWAC champion Alcorn State (9-3) in the Celebration Bowl on Dec 15 (noon/ABC) at Mercedes-Benz Stadium in Atlanta. This game, created in 2015, brings $1 million each to the MEAC and SWAC, offers a national TV platform, serves as an alternative to the FCS playoffs, and crowns the HBCU national champion. Under Broadway, the Aggies played in this game and won it in both 2015 and 2017.

First-team All-ACC QB Ryan Finley (307-452-3789, 24 TD passes and 9 INT, 316 passing ypg by far most in ACC) and the Wolfpack passing offense are the closest thing to a “Sure Thing” that the ACC has to offer this year outside of the top-5 Clemson Tigers, who shut down the Pack in every way at Death Valley; first-team All-ACC WRs Kelvin Harmon and Jakobi Meyers are #1 and #2 in the ACC with 99 and 94 receiving ypg, respectively; thanks to RB duo of senior Reggie Gallaspy (84 rushing ypg and 19 TDs) and freshman Ricky Person Jr (53 rushing ypg and 3 TDs) and some blockers getting healthy, the running game came along nicely for a while, too, before disappearing in the shocking home loss to Wake Forest; on defense, after the entire front left for the NFL, LBs Germaine Pratt and Isaiah Moore, DE James Smith-Williams and DT Larell Murchison emerged as playmakers, although the Pack’s pass defense has been horrific overall; despite the recent setbacks against Clemson, Syracuse and Wake Forest, still has a legitimate shot at just the second double-digit win total (11-3 in 2002) in program history; with a bowl victory, a 10-win campaign would be accomplished, and a second straight Top 25 finish under Doeren would be virtually assured.

The Bears, who are based in Hickory (about an hour northwest of Charlotte by car), made stunning progress this year in their attempt to get back to where they were in 2011-13 under former coach Mike Houston. Houston, who recently left FCS superpower James Madison to take the East Carolina job, led Lenoir-Rhyne to a 29-8 record (19-2 in conference play), three straight conference titles, back-to-back trips to the D2 playoffs, the 2013 D2 national championship game (a 43-28 loss to D2 juggernaut Northwest Missouri State) and a #2 final national ranking that same season. This year’s Bears averaged more than 40 points per game for Cronic, who brought his fast-paced style from Furman. Sophomore QB Grayson Willingham (6-2/210 from Weddington HS) averaged 190 passing ypg with 26 TDs and 12 INTs; senior WR TJ Smith averaged 76 receiving ypg, with 12 TD catches; freshman Ameen Stevens (5-9/230) led an impressive array of running backs, with 54 rushing ypg and 11 TDs.

The Broncos made the best of an extremely unusual season, in which two of their regular-season games were cancelled by Hurricane Florence complications. They clinched the CIAA Southern Division championship before losing their regular-season finale against Winston-Salem State and then the CIAA title game to Bowie State. FSU is a three-time CIAA football champion, having claimed the trophy in 2002, 2003 and 2009. QB Collyn Anderson (171 passing yards per game, 10 TD passes, 3 rushing TDs), RB Stevie Green (105 rushing yards per game and 6 TDs) and DE Keyshawn James (13 TFLs, 8.5 sacks) were among the keys to their success. 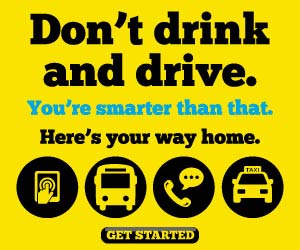