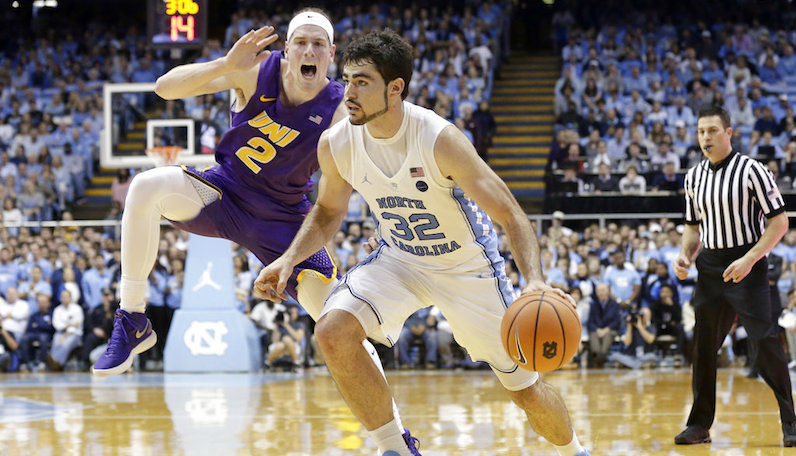 Bagley led No. 1 Duke to a pair of season-opening wins by becoming the Blue Devils’ first freshman to post double-doubles in each of his first two collegiate games.

This marks the first time a Duke freshman has posted back-to-back 20-point/10-rebound games since Jabari Parker had consecutive games of 21 points and 10 boards versus FAU and UNC-Asheville in November of 2013. Bagley also matched another Duke record held by Parker for most points by a freshman over the first two games of a career (49). In Friday’s win, Bagley set the scoring record for a Duke freshman in a season opener with 25 points (Shavlik Randolph, 23 versus Army on Nov. 12, 2002). Bagley also became just the second Duke freshman to record a double-double in a season opener (Jason Williams vs. Stanford on Nov. 11, 1999).

North Carolina’s Maye led all players in Friday night’s 86-69 win over Northern Iowa with a career-high 26 points and 10 rebounds. His previous career high was 17 points against Kentucky in the 2017 NCAA Elite Eight. Maye made a career-high 11 field goals in helping the No. 9 Tar Heels build their lead as high as 31 points in the second half (his previous high in field goals was six three times: against Kentucky in the  NCAA Elite Eight, Butler in the NCAA Sweet 16, and at NC State, all last season).

It marked the first time in his career that Maye led UNC in scoring and was his second career double-double. The Huntersville, North Carolina, native had 16 points and 12 rebounds against Butler in the 2017 NCAA Sweet 16.