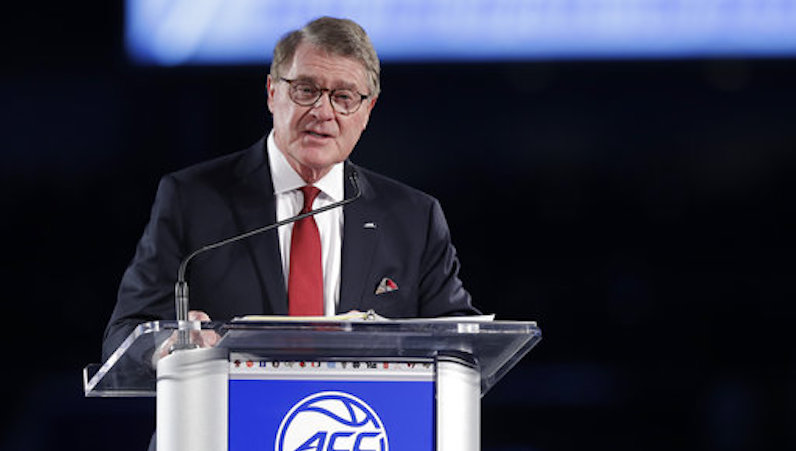 In a length conversation, the ACC commissioner John Swofford sat down to chat with David Glenn of The David Glenn Show. From ACC Operation Basketball, Swofford and DG discuss the league’s rise in football, ACC Tournament rotations, the federal trial into college basketball corruption, the G League and much, much more.

“If the things that have been alleged — and were said under oath — turn out to be true, then I don’t think the NCAA has any choice but to act in some way.”

Click to listen to the full interview with John Swofford

Roy Williams on corruption in college basketball: “I don’t want to be indifferent to it because I believe it’s a tremendous problem”