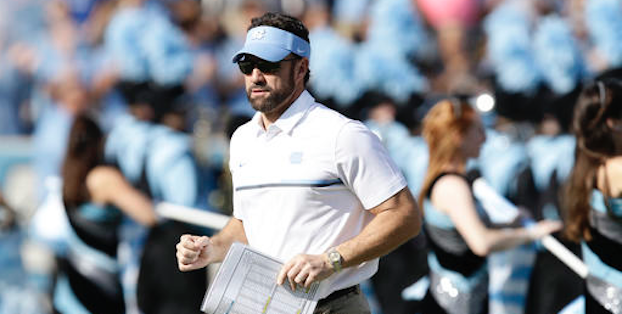 December has arrived, which means the coaching carousel is in full swing. Firings and hirings are taking place across the country as programs frantically scramble to find a leader who might guide them to football glory.

The ACC, though, has endured zero turnover in the head-coaching ranks. Unlike a year ago, when four league teams opted for changes in leadership, every head coach in the conference appears to be staying put — something that hasn’t happened since the 2005-06 offseason.

Surprises can’t be ruled out given the never-say-never nature of coaching, but here is where each program stands:

It’s been a season of uncertainty for Steve Addazio. His predecessor, Frank Spaziani, was canned after his fourth year in Chestnut Hill when BC missed a bowl for the second straight season. Addazio looked to be headed toward the same fate in mid-October, but victories over NC State, UConn and Wake Forest pushed the Eagles into bowl eligibility.

The fanbase remains split on its approval of Addazio, but the players are adamantly backing their coach. Questions loom regarding athletic director Brad Bates’ future at Boston College, and if the school parts ways with its AD, changing football coaches would become more difficult; prospective candidates would be reluctant to take a job not knowing who their boss would be. It’s probably safe to assume Addazio will be back.

Despite Clemson’s consistent on-field success — including this season, the Tigers have won 10 or more games in six straight years — Dabo Swinney’s name rarely pops up on the coaching rumor mill. It happened two years ago when the Florida job opened up, but nothing materialized.

Swinney has maintained that he’s happy at Clemson, and it’s easy to understand why. He’s one of the highest-paid coaches in America, his assistants are well-compensated, his program is rolling, and fan support is through the roof. Swinney’s head-coaching tenure with the Tigers is the third-longest of active ACC coaches (behind Duke’s David Cutcliffe and Georgia Tech’s Paul Johnson), and the Clemson faithful might not even have to think about him leaving until there’s an opening at his alma mater, Alabama.