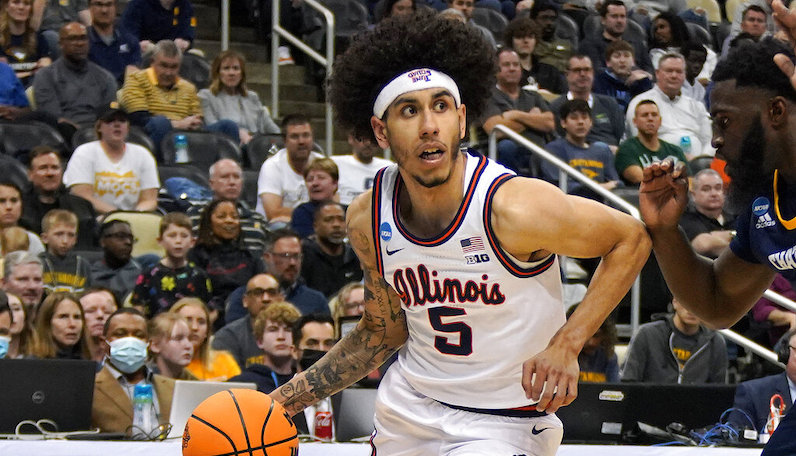 Illinois 's Andre Curbelo looks to pass during the first half of a college basketball game against Chattanooga in the first round of the NCAA men's tournament in Pittsburgh, Friday, March 18, 2022. (AP Photo/Gene J. Puskar)

One of the most talented ball handlers in the country is on the move this offseason. After two seasons at Illinois, sophomore point guard Andre Curbelo announced his decision to transfer earlier week.

Unsurprisingly, a host a programs have reached out to Curbelo, including several ACC teams: Clemson, Georgia Tech, Pittsburgh and Notre Dame.

During his two seasons with Illinois, Curbelo appeared in 50 games and posted an assist rate of 33.4 percent. Curbelo, a pass-first point guard, has played in two straight NCAA Tournaments.

Curbelo is small and he struggles with his shot (16.9 3P% career); there are turnover concerns, too. However, Curbelo is a dynamic creator, who can get places on the floor with his dribble and really set teammates up.