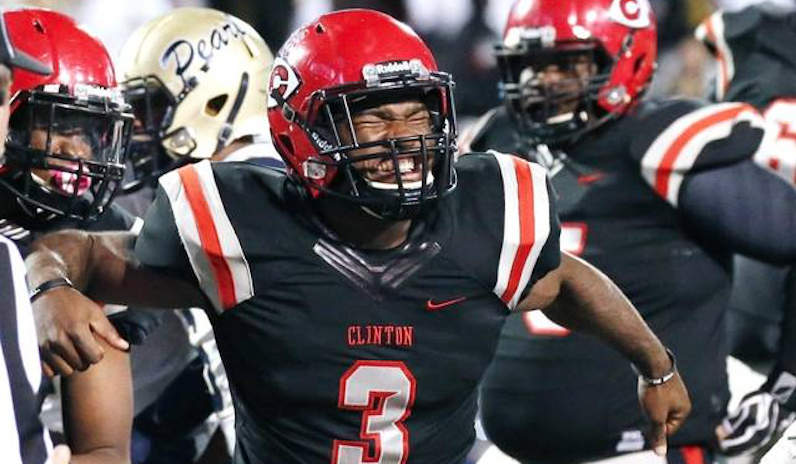 Cam Akers was one of the nation's highest-rated players in the 2017 class. (AP Photo)

On Wednesday morning, fans across the country woke up early and rushed to their computers to discover what shiny pieces their favorite teams would be bringing in this year.

In the ACC, some classes fared better than others. Who’s leading the way this year? We unveil our 2017 grades:

No team in the ACC recruits better than Florida State, and that held true again this cycle. The Seminoles’ 2017 group is widely regarded by recruiting analysts as one of the top five classes in the country, which falls right in line with where FSU ended up the last three years. Consensus 5-star running back Cam Akers, a mid-year enrollee, is the headliner this year, while versatile offensive star Khalan Laborn is expected to make an immediate impact. The addition of another star-studded group bodes well for a Florida State program with national title aspirations going into next season.

Clemson’s success since 2011 has worked wonders for program perception, putting the Tigers in the hunt for more of the nation’s top prospects. The coaching staff was especially selective in signing this class with fewer scholarships available to offer. Because of that, this year’s group of signees is outstanding from top to bottom. Perhaps the name worth watching the most is Hunter Johnson, who is a 5-star quarterback out of Indiana. Johnson enrolled in January and will compete this spring for the starting quarterback job left behind by Deshaun Watson. Speaking of Watson, Dabo Swinney showed in 2014 that he’s not afraid of handing the keys to a true freshman signal-caller.

Miami’s incoming class holds extra significance. Not only is it one of the ACC’s best, but it’s the first class where Mark Richt and his assistants really got to leave their mark. It’s not that Miami is just now attracting heavily recruited prospects; that has been the norm for decades. But this year’s recruits were targeted specifically to fit the schemes of the new regime, and the Hurricanes signed them in high numbers as they distance themselves from both NCAA penalties of the past and the dysfunctional Al Golden era. N’Kosi Perry, a product of Ocala, Fla., might be the program’s quarterback of the future.

To say that Justin Fuente has made a positive early impression in Blacksburg would be an understatement. In his first season as Virginia Tech’s head coach, the Hokies won the Coastal Division and finished with 10 wins. Then, in completing his first full recruiting cycle since taking the job, he and his staff inked the ACC’s fourth-best class. Fuente and his assistants made their biggest statement by sealing the deal with highly touted defensive back Devon Hunter of Chesapeake, Va. If they can lock down the Tidewater area, the Hokies will only see their recruiting trend upward in the future.

It didn’t take long for North Carolina’s 11-3 finish in 2015 to yield positive results on the recruiting trail. In the months that followed that breakthrough campaign, the Tar Heels added a string of highly rated commitments. Keeping the top talent in North Carolina from leaving the state has been a goal for Larry Fedora ever since he took the UNC job five years ago, and his staff deserves credit for capitalizing this cycle. Offensive lineman Jonah Melton (Mebane), defensive end Jake Lawler (Charlotte) and defensive tackle Xach Gill (Wake Forest) were all high-profile recruits who stayed in-state to play for the Heels.

Bobby Petrino’s 2017 class will be his best since he returned to Louisville three years ago. While the group doesn’t feature any 5-star headliners or top-100 standouts, it’s loaded with ACC-caliber players from top to bottom. The Cardinals coaches once again had a heavy presence in Georgia this cycle, but the biggest prize came from Green Cove Springs, Fla., where they landed 4-star running back Colin Wilson. The secondary was an area where Louisville desperately needed to add depth, and Petrino’s staff did just that.

Pitt can find some of the nation’s top high school talent in its own backyard on an annual basis, and this year was no exception. The Panthers made a splash early in the process by reeling in safety Paris Ford, who ultimately emerged as a top-50 prospect. The rest of Pitt’s class is nothing to scoff at, either. Four-star running back Todd Sibley flipped from Ohio State to Pitt last summer. Offensive tackle Carter Warren was also on the wish lists of several other Power 5 programs. Pat Narduzzi and his assistants have a lot to feel good about with this class.

On the way to winning 10 games in 2013, David Cutcliffe showed he didn’t need blue-chip players to compete for Coastal Division titles. Now that he’s put together back-to-back top-40 classes, however, the rest of the ACC better be paying attention. The Blue Devils’ 2017 group is one of the best in school history, and it’s particularly impressive for a school working with a smaller pool of prospects due to higher academic standards. Drew Jordan is the name to remember; according to 247Sports’ composite rankings, the defensive end from Suwanee, Ga., is the seventh-highest-rated player of the Cutcliffe era. The six players who were ranked higher: Sean Renfree (2008), Desmond Scott (2009), Shaquille Powell (2012), Ben Humphreys (2015), Scott Bracey (2016) and Dylan Singleton (2016). Not exactly bad company.

Georgia Tech’s recruiting rankings, at least under Paul Johnson, have to be taken with a grain of salt. First of all, the Yellow Jackets never draw much national buzz (see what I did there?), but they regularly outperform the ratings. Secondly, it’s not uncommon for players to arrive on campus before knowing for sure what position they’ll play. That being said, while Johnson’s 2017 class doesn’t crack the top half of the ACC, it does have some nice pieces. Bruce Jordan-Swilling and Tre Swilling — the sons of former Yellow Jacket All-American Pat Swilling — were both heavily recruited prospects. Johnson and his staff also made noise late in the game by flipping Tennessee linebacker commit Jaquan Henderson.

A cynical viewer could look at NC State’s class and draw the conclusion that the Wolfpack’s coaches didn’t hit any home runs this cycle. In a way, that’s true. However, Dave Doeren and his assistants succeeded in addressing the team’s No. 1 need: the defensive line. Most notably, the Pack locked up Charlotte, N.C., defensive tackle Grant Gibson — one of the top prospects in the state — early in the process. Despite losing defensive end Deslin Alexandre (Pitt) and linebacker Nick Smith (Florida) late in the game, NCSU landed a quality player in offensive lineman Joshua Fedd-Jackson in mid-January on the way to wrapping up a respectable class.

Top-30 classes aren’t unheard of at Virginia, but over the last few years, the Cavaliers have had their fair share of struggles on the recruiting trail. This, too, was a year in which the Wahoos inked a class that isn’t blowing anyone away. Sure, there are some decent pieces — defensive back Germane Crowell has a shot at getting on the field early — but there’s no Quin Blanding or Taquan Mizzell among the team’s 2017 signees. Without much high-end talent, UVA’s staff will have to lean heavily on player development.

Located in the Northeast with little national success to show for in the last quarter century, Syracuse has to get creative with its recruiting. Second-year head coach Dino Babers pitches both his hurry-up offense and the opportunity to play in the Carrier Dome as benefits of joining the Orange. After scrambling to rebuild almost the entire 2016 class in two months last recruiting cycle, the staff wasn’t at such a disadvantage this time around. Three-star quarterback Tommy DeVito headlines the class, but the Orange are still behind most of the ACC in terms of talent. On the plus side, there is a lot of speed in this group.

More often than not, Wake Forest’s recruiting classes end up ranked near the bottom of the ACC. That was the case again this year. It wasn’t all bad, though. Defensive end Michael Allen was courted by several Power 5 programs before committing to Wake. Dave Clawson and his assistants also fought off a late push by Ole Miss to hold on to linebacker Jeffery Burley. While both of those developments were positive, adding depth to the offensive line was a must this cycle. The staff got its numbers in that area, but the talent isn’t exactly overwhelming.

Dealing with many of the same disadvantages as Wake Forest on the recruiting trail, Boston College ended up with similar results. At the top of the Eagles’ class, there is a decent amount of ACC-caliber players — running back A.J. Dillon and cornerback Brandon Sebastian come to mind. With many of the lower-rated players, however, BC’s coaches are left playing a guessing game. You don’t have to look too far back to find examples of diamonds in the rough; Justin Simmons, Andy Gallik and Mehdi Abdesmad, in particular, stand out. Steve Addazio will be hoping to find more of those types within this year’s group of signees.