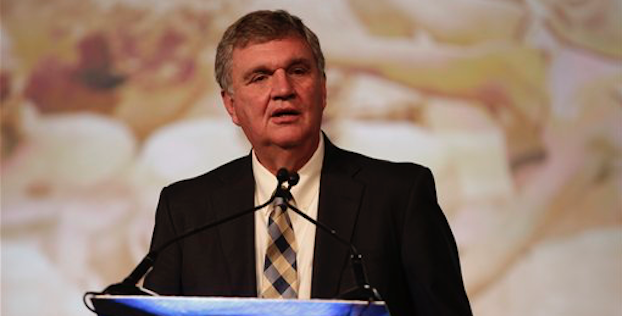 The athletic directors of the ACC have a conference call set for this Friday; the future of conference scheduling for football is one of the many topics that’s expected be on the table. Back in 2014, by a vote of 8-6, the league’s athletic directors voted to not move to a nine-game conference slate. That issue will reportedly be revisited.

Ken Sugiura of the Atlanta Journal-Constitution has come forth with another interesting tidbit, though. While speaking at the football team’s media day, Georgia Tech athletic director Mike Bobinski — who made news again on Tuesday when it was announced that he will be leaving the school for the AD position at Purdue — mentioned that the league is thinking about keeping the eight-game schedule, but with a serious caveat:

According to Suguiura, the genesis of this idea is to help provide content for the ACC Network, which is set to launch in 2019, and will broadcast 40 regular season games.

So, should the ACC move to a nine-game schedule for football?